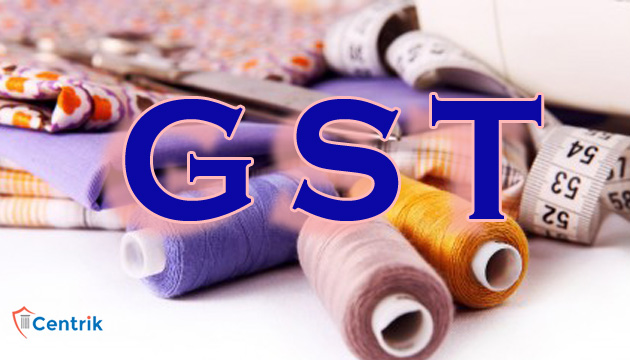 As we all know GST is the biggest reform proposed in the Indirect tax regime of our country. It is something that each of us must understand as it going to impact our lives significantly. So It is important to carrying out impact studies and to accommodate our business model from current tax regime to new compliance model.

Today in this article we will discuss impact study on “Textile Industry”. Textile sectors play a very important part in the development of the Indian economy with regard to GDP, Export promotion, employment, etc. The textile industry is the second largest industry which provides employement to skilled and unskilled Labour.

Currently most of the States in India have exempted textiles and fabrics from the levy of Vat. Moreover excise duty exemption option was also provided with a condition of non-availment of cenvat credit.  There was also an option to pay concessional rate of excise duty with cenvat credit benefit.

Current rate of excise are-

After GST Implementation, there will be a rise in the effective tax rate to have a negative result on the textile sector as compared to present taxation. As CGST and SGST rates are likely to be larger comparing current textile sector rate.

In GST textile output will be taxed and Input tax will be a allowed as credit. Taxes paid on purchase and investment of capital asset and material can be claimed as credit.

There are 3 monthly regular returns to be filed in addition to one annual return followed by audit report. Increase in number of returns could increase compliance and overall burden.

It is common to transfer goods from one branch to another. GST would be levied on supply of goods or services. Inter-State stock transfers between different units of an entity would be subject to GST. However, transfers between units within the same State would not be liable unless separate GST registrations are obtained for different business verticals.

In GST regime, duty drawback may lose relevance as there would be seamless credit at each stage of value addition and better transparency. Even if duty drawback is continued to offset the impact of basic customs duty component, which is non-creditable tax, the drawback rate could be very less.

Exports would be zero rated supplies under GST with benefit of credits on goods and services procured. The accumulated credits could be claimed as refund within 2 years from specified date. Due to better transparency, refunds could be faster in GST regime.

As 90% of the refund would be provisionally processed after filing of refund application subject to certain conditions.

The assesses who have plans for large investments in capital goods could plan for the same in GST regime which would enable them to take credit of taxes paid on capital goods procurement for utilisation against payment of output GST. Assesses who are engaged in export of goods could opt for Export Promotion Capital Goods (EPCG) scheme to procure the goods without payment of any duties.

There may not be any product specific or area specific advantage for textile industry. The procurements from unorganised sectors or from suppliers who opts for composition scheme under GST could increase the cost of materials as such suppliers would not be eligible for any input tax credit.

Overall GST will significantly change the present structure of Textile Industries. Actual result will be shown only after implementation. The tax burden will shift to the ultimate consumer by claiming the credit of taxes paid on input.