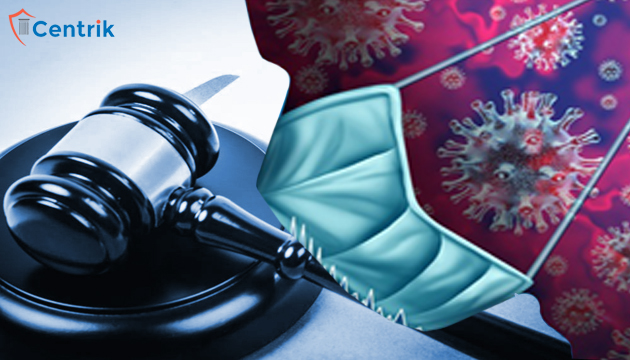 On March 11, 2020, the World Health Organization declared that COVID-19 to be a global pandemic. Subsequently over the course of two months the pandemic has exponentially increased both in India and over a hundred fifty countries around the world. For the first time in history there has been what can be essentially called a worldwide lockdowns in countries across the world in a united effort to contain the spread of the deadly virus.

The Indian Government, State Governments and Union Territories have invoked the provisions of the Epidemic Diseases Act, 1897 for the first time since nearly a century to arrest growth in the number of cases of COVID-19 within India. The restrictions placed by the governments have been in place since 12th March 2020 and are likely to continue even after the lockdown is officially lifted.

In response to the damage done to the economy the Indian Government has placed certain embargoes and granted certain grace periods to help reduce the financial strain caused by the complete shutdown of the economy this includes the three month moratorium that has been given by the RBI regarding payments of EMI. In addition to such measures in an effort to contain the financial stress caused to businesses particularly Micro Small and Medium Sized enterprises changes have been brought in place by the government with regard to the functioning of the Insolvency and Bankruptcy Code.

An embargo has been placed by the Finance Ministry from initiation of fresh insolvency petitions under section 7 (Financial Creditor), section 9 (operational Creditor) and section 10 (corporate debtor). The Ordinance regarding the above measure is yet to be published, the Ministry of Corporate Affairs had already placed an embargo of six months through its earlier directions.

Out 7 Compoundable offences 5 have been allocated to be dealt with under an alternative framework, in total 58 Section s of the Companies Act shall be proceeded under an internal adjudication Mechanism.

Given the stimulus packages experts are also hopeful that COVID-19 may lead to the advent of pre-packaged insolvency resolutions plans which involve an agreement between the corporate debtor, its creditors and the potential buyer before initiating insolvency proceedings such schemes are in vogue developed countries like the US and the UK, industry experts believe such schemes shall be particularly beneficial to support and protect Indian for Micro Small and Medium Sized Enterprises.

Though relaxations in prosecuting financial offences and initiation of recovery and insolvency proceedings is a much lauded step caution must also be taken against overzealous relaxations, after all what the industry’s and the economy need is fresh investment into the system to revitalize their growth instead of just protection against court proceedings.

It must not be taken lightly or forgotten that of the total 221 resolved cases under IBC, 44 per cent amount of debt has been recovered since the inception of the law in 2016. The total amount of claims admitted are over Rs 4.13 trillion, of which the total realizable amount is around Rs 1.84 trillion. Thus in an essence IBC also plays its role in revitalizing sick industry’s and firms ensuring they survive as a going concern and making movement of capital in the market liquid and profitable.

Thus relaxations of the IBC provisions must be taken with caution as it is a double edged sword as though it might give companies stressed under COVID-19 a new lease of life however it could also have far reaching consequences. Under the IBC the main priority is restructure the company’s finances so it may continue as a going concern and repay its debts owed to creditors, it should also not be taken for granted that the Moratorium under the IBC provides a lot of protection/immunity to the Corporate Debtor from other proceedings under the law.

With the benefit of statutory moratorium under the IBC being lost it is likely that several recovery proceedings shall be initiated against the Companies for recovery of debts and enforcements of security interests such proceedings do not keep revival of the Company as a priority as is under the IBC, it is important to note that by February 2020, 13,566 cases involving a total amount of Rs 5.01 trillion were withdrawn before admission under provisions of IBC.

COVID-19 has resulted in the standstill of business and seen cash flows of companies drying up overnight, as cash circulation has screeched to a halt amid the lockdown and companies are unable to conduct even day-to-day operations under such circumstances the provisions of the IBC are most equipped in reaching an equitable solutions for both the Corporate Debtor and the financial Creditors. A complete suspension of the IBC might instead result in an avalanche of recovery suits and security enforcement proceedings which shall further clog and burden the Courts and result in insurmountable obstacles to stressed companies that might negatively affect their chances of revival. .