Will RERA execute the builder-buyer agreement as the Builder fails to do so? 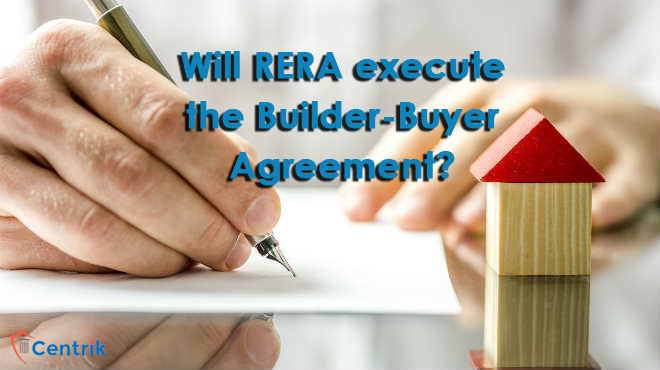 After the implementation of Real Estate (Regulation and Development) Act, 2016, any person who is aggrieved because of the delay in execution of buyer builder agreement after payment of more than 10%  of the cost of apartment/plot/building can a file a complaint before RERA Authority of the State for execution of the agreement. If builder denies to execute the same, the Secretary has power to enter in to the agreement on behalf of the Respondent at cost of Complainant.

In this regard, recently, the complainant filed a case before MAHARERA against Respondent and argued that he has booked a flat and paid more than 10% of the total consideration of the flat, however, Respondent failed to execute the agreement for sale in complainant’s favor. Consequently, It amounts to contravention of Section 13 of Real Estate (Regulation and Development) Act,2016. Hence, MAHARERA authority directed to the Respondent to execute the agreement for sale in the favor of the Complainant. 20,000/- towards the cost of the complaint and a penalty of Rs. 50,000 is also imposed under section 61 of RERA for contravention of Section of 13 of the RERA Act.