UPRERA Works Diligently: Disposes off more than half of the complaints 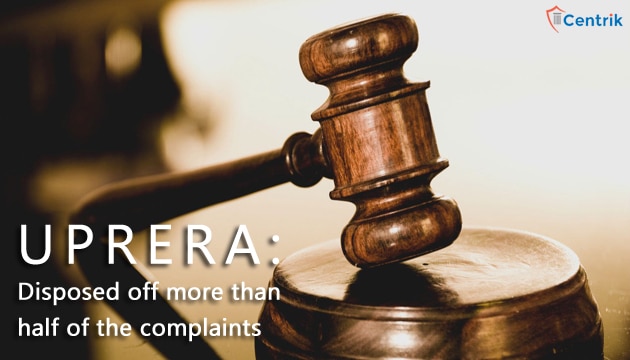 The Real Estate (Regulation and Development) Act, 2016 was brought into action to curb the increasing problems of widespread malfunction, corruption and disruption in the field of Real Estate in India. The errant and corrupt builders rather than handing the delivery of the projects were more vigilant in using the monies gathered from one project to float a new one, thereby causing hardships for the home buyers who had already paid for their dream home. However, after RERA got into action, the builders have mended their ways and are now in the process of completion of the projects.

There is no ambiguity in the fact that most of the uncompleted and disputed projects are in the National Capital Region, for which the Uttar Pradesh Real Estate Regulatory Authority has been formed with its two benches i.e., in Lucknow and in Greater Noida functioning with full zest, in order to bring justice to the grievance of the home buyers.

The UPRERA Authority working in full swing had adopted a balanced view for solving the issue and grievances raised by the home buyers. That is to say that the UPRERA prefers for the possession, wherein the project is near completion and further in case where the construction of the project is far from reality, the Authority opts for the refund of the money since in accordance to them the home buyers cannot be made to wait till eternity.

With such a view and concept in mind, the UPRERA till date has successfully disposed off more than half of the complaints filed before them. That as of now 13000 complaints has been filed with UPRERA out of which 7000 complaints have been disposed within a span of almost 8 months.

Considering the speedy disposal of the complaints by UPRERA, it can be asserted that the revolution in the field of Real Estate is near, wherein there will be an end to the problems and harassment being suffered to the innocent home buyers.