UPRERA: More than 1500 projects in Uttar Pradesh may be penalized 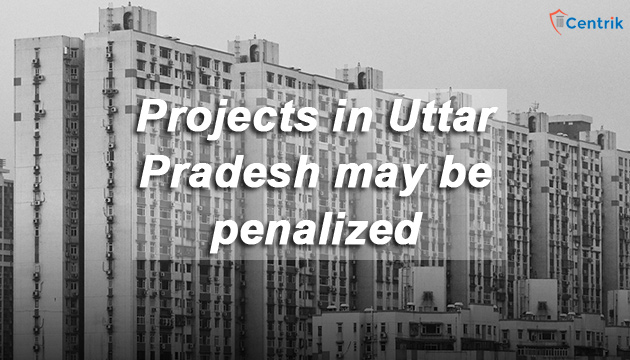 After the implementation of Real Estate (Regulation and Development) Act, 2016, all the builders and developers who undertakes the development of project are obligated to take registration under RERA. In the hue and cry of registration process after the implementation of RERA many builders were unable to provide all the documents and information while getting the project registered.

To fix the same, lately, in Uttar Pradesh a window was opened to complete or edit all the required details and documents related to the registration taken erstwhile. But even after this opportunity many builders’ fails to comply with the deadlines, consequently registration of one and half thousand projects of different cities of the entire State may be cancelled by RERA Authority because the builders are not submitting the mandatory documents asked by them. RERA has given the time to the builder to upload the details on web portal till 6th of July, 2018 and non- adherence of the same will fetch the cancellation of the registration along with the penalty or imprisonment or both.

As all the registered projects are required to complete all the details by July 06, 2018 but till now out of 2428 registered projects there are only 913 projects which is being edited by the builders on UPRERA website and the remaining project which are 1515 in numbers still did not comply with the process of editing the details.

UPRERA Secretary Abrar Ahmed States that the Builder can only upload the details till 6th July, 2018 and to intimate the same letters had been sent to promoters, the commissioner of Awas Vikas Parishad and the vice president of development pollution to upload the edited details on the website before the 6th of July. As  per the RERA laws , whosoever fails to upload the details of the project on time then in such a case strict actions will be taken by the authority to cancel the registration. They can impose heavy penalty on the builder or three year of imprisonment or the builder can be black listed. The black listed builder won’t be able to do any related work.

By above, it can be inferred that RERA laws and RERA Authorities are on a rampage to hammer the builders who still thinks that they can escape their duties.