UPRERA: Builder arrested for not paying back the money 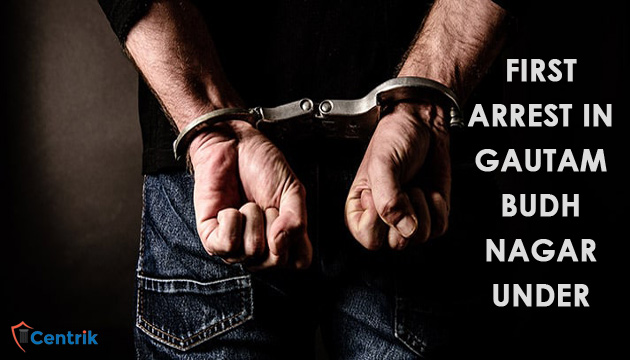 Recently, Real Estate (Regulation and Development) Act, 2016 completed its one year and since its implementation till the date many aggrieved home-buyers of different States are getting relief, they are getting their stucked money back along with the interest and a shy of relief can be taken by the home-buyers who have been looking for a justice since long.

In furtherance UPRERA Authority has taken a leap, wherein a Builder was not complying with the order of RERA Authority and as per the provisions of the RERA Act, 2016 if builder doesn’t comply with the order then money shall be recoverable from such builder as an arrears of Land Revenue.

Noida administration made its first arrest under the RERA. Anil Mithas, the promoter of IVR Prime IT Private Limited, was arrested on Friday Noon after he failed to pay nearly 72.47 lakh rupees to the administration. He was released late Friday after he deposited the pending amount with the fine of 3 lakh rupees i.e. 72.47 lakh rupees.  This is the first case of recovery from a builder in Noida under RERA.

SDM Keshav Kumar informed that on Friday noon Revenue Department arrested the CMD of IVR Prime IT Private Ltd. Anil Mithas. After arrest, the builder Anil Mithas deposited the amount of 52 lakhs. RERA also issue the RC against 13 builders and inform the administration to recover the pending amount from them and in case failure of returning the money by the buyer administration will have the right to arrest them.

The RERA which was formed a year ago to solve the issues faced by the homebuyers, had ordered the Noida administration the amount of 1.23 crore from the two builder and return the money to homebuyers. The recovery of Rupees 19.84 lakh, 21.24 lakh, 36.91 lakh and 14.34 lakh in four different cases from IVR Prime IT Private Ltd. Amount of 36.76 lakh rupees recovered from Amrapali Group after they refused to return the money of home buyers.

“No action can be taken against Amrapali Builders as that matter is in the Supreme Court,” DM BN Singh, said.

SDM Anjani Kumar told that Unnati Fortune project i.e. sector 67 Noida is also the project of this builder. Gaurav Agarwal , Suresh Suneja, Krishna Kumar, Ritu Garg ,Praveen Garg and Chandramani vats they all are the home buyers in Unnati Fortune. Builder Amit Mithas neither completing the project nor returning the money so all the buyers filed complaint against the builder under RERA after filing the complaint RERA Secretary Abrar Ahmed issue the RC for the recovery of money from the builder.

At last, we can infer that the provisions of the RERA Act are so stringent that builder cannot have any scope to escape from their liability