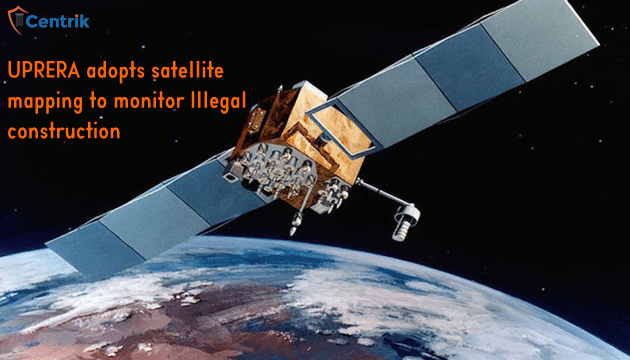 Unlike before, the legal process is getting fast paced, all thanks to the changes and advancement in the technology. Earlier where the works was being done through agents, now a days the same is being done either by advances computer technology or satellites. The Uttar Pradesh Real Estate Regulatory Authority, Uttar Pradesh, after Maharashtra Real Estate Regulatory Authority, has adopted the services of a satellite to monitor the illegal construction and dubious projects being constructed in the state. That this step has been taken so as to curb the problems of rise in the cases of cheating and fraud being committed by the errant and fake builders against the innocent home buyers.

UPRERA has engaged the services of Remote Sensing Application Centre [RSAC] for inspection of the constructions within 10 KM radius of the Lucknow Development Authority in Lucknow and adjoining Barabanki districts with the help of satellite data. RSAC is an autonomous body established by UP Government in 1982, with the sole object of using the aerial and satellite technology in different resources management programs.

According to UPRERA, the Authority has been flooded with as many as 1000 complainants whereby the projects are beyond the purview of the planning area/development authorities, especially in Lucknow and Barabanki, with respect to the non-implementation of the projects or promoters/developers having run away with the money of the home buyers. Such projects were difficult to be identified with the help of agents appointed by the Authority, hence in order to reduce the time line of research, the services of RSAC has been taken over.

As per the recent reports, RSAC has already completed 40% of the mandate satellite mapping work, which has been undertaken as a pilot and the final report is likely to be submitted by end of June, 2019. Once the report is handed over the Authority successfully, the working will become efficient, thereby paving way for justice being delivered  at a fast pace.