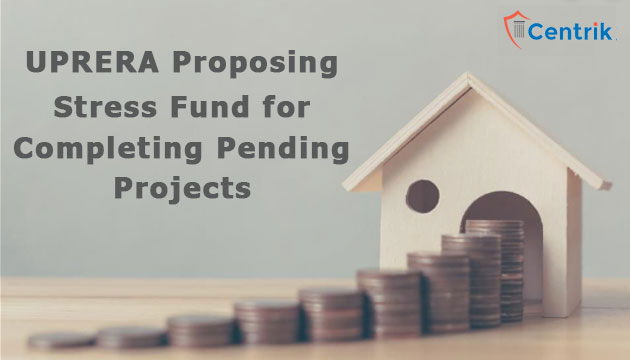 In the recent past, we have seen a lot of projects started by the developers namely Amrapali, Jaypee, 3C are incomplete to a large extent. Due to which homebuyers who have invested their money in their project are stuck with no relief.

Therefore, to provide some relief to such homebuyers UP-RERA (greater Noida) has proposed to create a stress fund to complete such pending projects. The same shall be put before the board of Lucknow for deliberation and thereafter it shall be sent to the UP Government.

Homebuyers who invested in several projects of embattled groups like Amrapali, Jaypee, and 3C have been demanding a stress fund to help cash-strapped builders with initial liquidity. While Amrapali has 30,741 flats awaiting completion, Jaypee has 22,500 and 3C has 6,500.

Looking at the scale at which the project is pending it is difficult for any builder to back the project at such a large scale without financial help from the government.

That one of the members of the authority Mr. Balwinder Kumar has told TOI that while it takes time to provide relief but their objective is to help the homebuyers and take a balanced stance and mediate in completing the pending project as real estate regulator.

Further, the builder should show some sign of construction so that the buyer can pay their pending dues which will help in the completion of such pending project which is standing still at this point in time.

Also in order to engage a new agency to take over the project such an agency will require liquidity which if backed by the government in name of the stressed fund would help in the completion of the pending projects it the state of Uttar Pradesh.

This stress fund has already been proposed by the Forum for People’s Collective Efforts, an apex body of homebuyers, wherein they have urged the state government to set up a Rs 10,000-crore stress fund for completing pending projects in the next five years. Further, they have proposed that the personal and the company assets must be used to recover to money and such amount to be spent on completing the project.

Therefore, this initiative by the regulators of greater Noida as to proposing stress fund for the homebuyer can be seen as a ray of hope to the homebuyers whose hard-earned money is stuck in such projects.