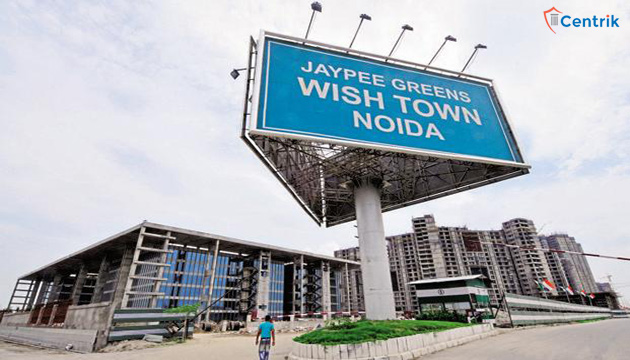 Home buyers who had invested in housing projects by JIL, were permitted by the Interim Resolution Professional (IRP) to submit their claims as ‘other creditors’, subordinate to financial and operational creditors of JIL. Thereafter, a series of writ petitions were filed before the Supreme Court to specifically protect the interests of home buyers as the IBC did not provide them with any preferential treatment. These writ petitions were clubbed together with the lead matter being Chitra Sharma & Ors. v. Union of India & Ors., W.P. (C) No. 744 of 2017.

In the interim, the IRP was permitted to take over the management of JIL and proceed with the CIRP process while protecting the interests of the homebuyers, since home-buyers did not have a representative in the committee of creditors of JIL (CoC).

The Supreme Court also directed Jaiprakash Associates Limited (JAL) as the holding company of JIL to deposit a sum of  Rs. 2000 crores to secure the interests of home buyers.

Although discussions took place with four resolution applicants, no resolution plan was approved by the CoC within the mandated CIRP period of 270 days ending 12.05.2018.

As per Section 33 (1) of IBC, in the event a resolution plan is not approved by CoC and presented to the adjudicating authority for approval under Section 31 within the CIRP period of 270 days, the adjudicating authority is mandated to pass an order liquidating the corporate debtor. Citing the ‘interests’ of the home-buyers, JAL contended before the Supreme Court that liquidation of JIL was not in the interest of home-buyers and that JAL/JIL should be allowed to complete the housing projects in a time-bound manner, which could be supervised by a Court-appointed committee.

In the meantime, IBC was amended vide the Insolvency and Bankruptcy (Amendment) Ordinance, 2018 (Ordinance) which came into force on 06.06.2018, whereby home buyers were brought within the purview of ‘financial creditors’.

In this background, the Supreme Court was called upon to secure the interests of home-buyers, while maintaining the ‘discipline of the law’. The Court was confronted with the following options:

The Supreme Court while dealing with the proposal of JAL to submit a resolution plan for CIRP of JIL, observed the following:

In view of the foregoing considerations, the Supreme Court rejected the proposal of JAL and declined to appoint a committee to oversee the CIRP. The Supreme Court, thereafter, in exercise of its powers under Article 142 of the Constitution of India, issued directions for re-recommencement of the CIRP of JIL from the stage of appointment of IRP as per the order dated 09.08.2017 of NCLT, thereby renewing the CIRP period of JIL.