Supreme Court ordered to demolish the constructions at Kant Enclave 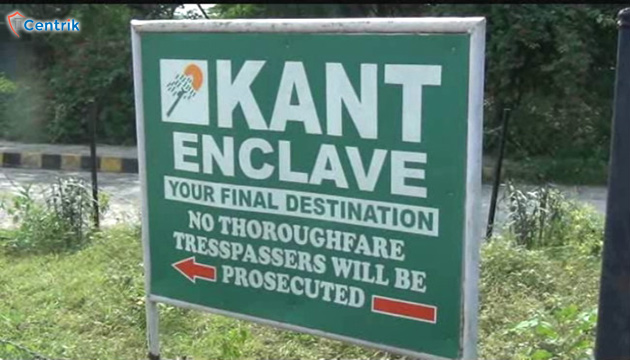 Expressing serious concern over the irreversible damage being caused to the eco-sensitive Aravalli green belt by influential builders, the Supreme Court ordered the demolition of all constructions made after August 18, 1992, in Faridabad’s posh Kant Enclave.

The court set a deadline in December end to clear the land by demolishing all structure. Court also imposed the penalty of Rs. 5 crores on the company which is to be deposited within a month for rehabilitation of Aravili. The court also safeguarded the interest of the investor wherein it is ordered by the court to refund the money invested by the people along with the interest rate of 18% from the date of the investment. The people whose construction has been completed, the court awarded a compensation of Rs. 50 Lakh.

The court ascertained this decision due to complete lack of concern over the environmental and ecological degradation carried out in the Aravalli hills by influential colonizers and the damage caused is irreversible as it seems a very strong mining lobby in Haryana.

Thus, in the context of the above, it is observed by the court that it is not only the future generation who has to pay a heavy cost for this environmental degradation but also the present generation is suffering the same. Further, it is observed that as per Punjab Land Preservation Act, the land on which the construction has been made was the forest land where construction cannot be permitted.

Further, it is observed by the court the above-said act cannot be done without the knowledge of the State government which blatantly ignored the rule of law.

However, the court has done justice with the investor who invested their hard earned money on good faith. Thus, the said order is a lesson to the builder that a well-constructed building can be demolished if the construction has done against the degradation of the environment despite the concerned state permitted the construction.