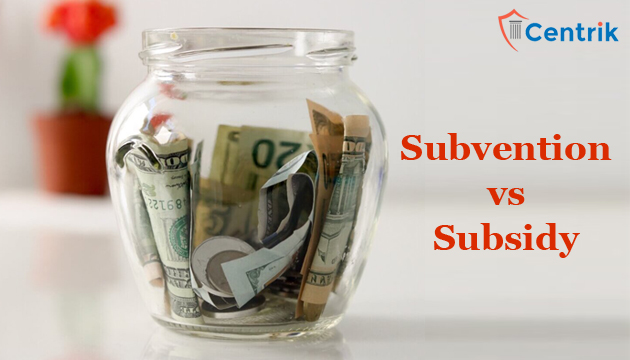 Both the terms ‘Subsidy’ and ‘Subvention’, look similar to each other in the terms of meaning, but are they so? The answer to the question is no, though people habitually use such terms interchangeably. But the difference exists!

“Subsidy” is a form of financial aid provided by the government. On the other hand, Subvention Scheme is a type of incentive provided by the developer of the project. The difference between the two is as follows: –

It can be observed that both the terms ‘Subsidy’ and ‘Subvention’ directly or indirectly provide some relief to the Allottee/s and that is the only reason that such terms are used interchangeably, however, the difference between the two has been elaborated above.