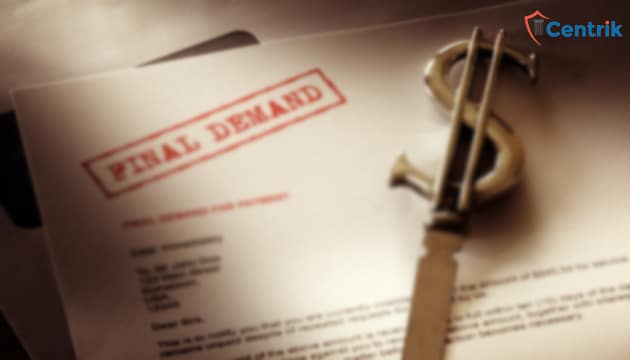 As we know that the new legislation namely ‘Insolvency and Bankruptcy Code, 2016’ (“IBC”) provides equanimity to creditors (financial & operational) with respect to their claims whereas the only difference with two creditors approaching NCLT is the procedural one where each one of them have to fulfill certain different formalities to get the insolvency petition admitted.

As per section 8 of IBC an operational creditor, if does not receive amount from corporate debtor, has to deliver a demand notice of unpaid amount along with the copy of invoice demanding payment of the amount involved.

Thereafter, the corporate debtor within the time period of 10 days has to bring into attention of the operational creditor:-

If there is no response from the corporate debtor within 10 days, then operational creditor can file the petition under section 9 of IBC code before NCLT.

Why demand notice is important?

Unlike financial creditor, an operational creditor cannot prove their claim in overdue unless it formally issue the demand notice to corporate debtor for demanding the payment of unpaid amount. Therefore, to prove the unpaid claim, one has to issue a demand notice along with the proof of non payment of invoices. Law gives a timeline of 10 days to the concerned corporate debtor to either make the payment or prove the existance of any dispute. If the concerned corporate debtor does not confirm existence of any dispute or payment record, it means that the demand of the operational creditor is valid and it can approach NCLT under section 9 of IBC

Pursuant to the aforementioned provisions of IBC, National Company Law Appellate Tribunal (‘NCLAT’) in the matter of Spice jet wherein the insolvency petition was filed by the Ramco Systems Ltd.

Brief facts of the case:-

NCLAT upheld the decision of NCLT and laid down that

“In the absence of specific evidence relating to invoices actually forwarded by the appellant and there being a doubt, the insolvency petition cannot be entertained under section 9 of IBC.”

Since the IBC deals with the insolvency process in a time bound manner, a single loose end between the compliances can hinder the process and defeat the purpose of the code. Therefore, In the light of aforesaid provisions and decision laid down by the adjudicating as well as appellate authority, it is advisable to all of the claimants to strictly comply with the provisions of code fulfill each prior obligation on time.