Revision or alteration of sanctioned layout plans as per RERA 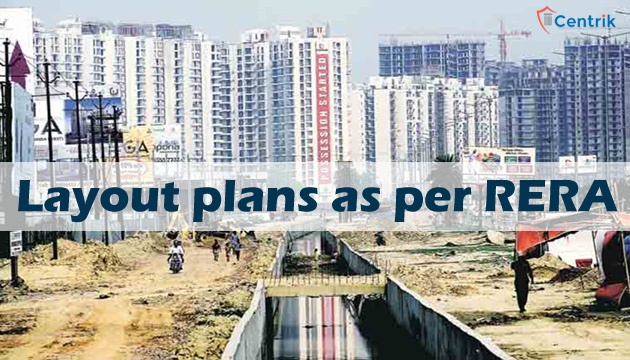 The pre-RERA era witnessed developers vandalizing the Real Estate sector by imposition of such terms and conditions which catered primarily to their own needs and convenience. Similar was the case in imposition of terms which allowed developers to alter, revise, amend the original layout / plans as per their owns whims and fancies. In such scenario, the home buyers with their funds blocked in such property often felt cheated and left with no option but to adhere such one sided pro-developers terms and conditions.

With the enforcement of Real Estate (Regulation & Development) Act,2016,  it is incumbent on the part of developers to abide by the sanctioned plans, layout plans and specifications as originally approved by the RERA authority. Also, developers are supposed to stick to the specified nature of fixtures, fittings and amenities agreed between the buyers and the developers. However, the provisions of RERA act allow the developers to make minor changes/alterations in the layout which may be necessary.

The act clearly specifies that any structural changes including the following does not come within the explanation of minor changes:

However any structural changes including the aforementioned changes may be done in sanctioned plans and layout by the developers with the prior consent of at least two-third of the allottees who have agreed to take a unit in that apartment.

Also, with the enactment of the RERA Act, the allottees are now entitled to claim compensation against any structural defect in the unit which is brought to the notice of the developers within the period of 5 years from the date of handling of possession. Any violation of the provisions of the act can be complained to the RERA authority.

Today, it is safe to assume that Real Estate sector is securely protected under the ambit of RERA law and the authorities established under it. Buyers can now be content about their interest and be assured against the arbitrary terms and conditions imposed by the developers in the erstwhile Real Estate Sector.