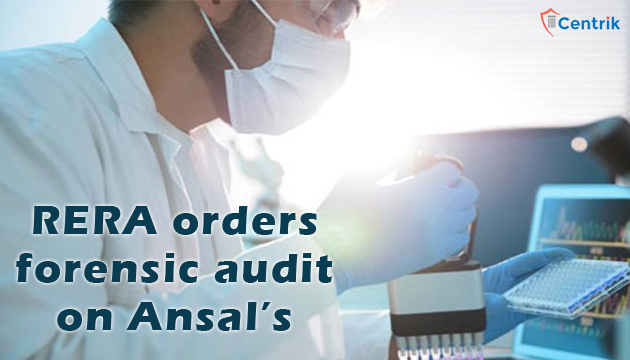 In recent days Lucknow bench of UPRERA around 500 complaint have been filed against a single Promoter namely the Ansal’s. The Lucknow bench after hearing a series of complaints against Ansal’s in particular, it has ordered for forensic audit of the builder, as the bench thinks the homebuyer are genuine hence it has put restrictions upon the activities of the Ansal. Further the one of the member stated that the money collected from the homebuyer might be diverted out from the housing project. Previous month only the Greater Noida bench of UP-RERA which started working from September had 253 cases only against Ansal group.

The Real Estate administrative Authority (RERA) of Uttar Pradesh has ordered a legal review of Ansal Group of Housing and set up a spectator to screen its money related exercises after a surge of grievances from purchasers.

The RERA bench pronounced that the Ansal’s will have to undergo a forensic audit of their entire financial status so as to conclude as to how much funds of the housing project have been diverted for non-housing projects. In furtherance the RERA has decided to appoint a financial advisor to monitor the activities of the promoter. The whole controversy is a huge scandal involving hard earned money of the homebuyer who dreamt for a house in period of time are instead knocking the doors of courts and government offices.

Therefore we can see that the above steps taken by the RERA Authority proves to be very much effective and such cases where the money has been gulped by the builder and no construction activity is being carried out, the RERA Authority is the right door to knock for the justice as it was specifically enacted with the sole motive to safeguard the interest of the home-buyers.