RERA in Jammu and Kashmir 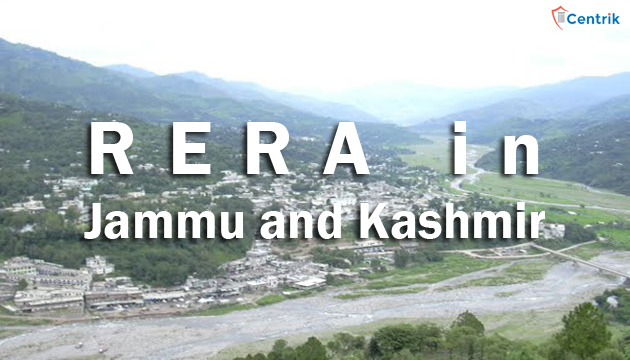 It has been more than a year since RERA was brought into action and major changes were witnessed in the field of Real Estate. The Builders who earlier used to operate as land mafias and harass the innocent home buyers are now working in a professional manner as they have been put under strict scrutiny of the RERA Authorities. On the other hand there has been a sigh of relief for the home buyers since the RERA Authorities operating in various states have taken into account the atrocities being done on them by the builder and have given substantive relief to them along with compensation.

Adapting to the same, the Jammu and Kashmir government has decided to set up the Real Estate Regulatory Authority in Jammu and Kashmir to promote regulated and planned growth of the real estate sector and also in order to curb the increasing problems being faced by the home buyers.

This move by the Jammu and Kashmir stated is aimed at promoting planned development of real estate and to ensure sale of plots, apartments, buildings and other real estate projects, in an efficient and transparent manner and to protect the interests of the consumers.

At last, we can say that the RERA is extending its arms to all the States and very soon the RERA mechanism will become functional throughout the Country.