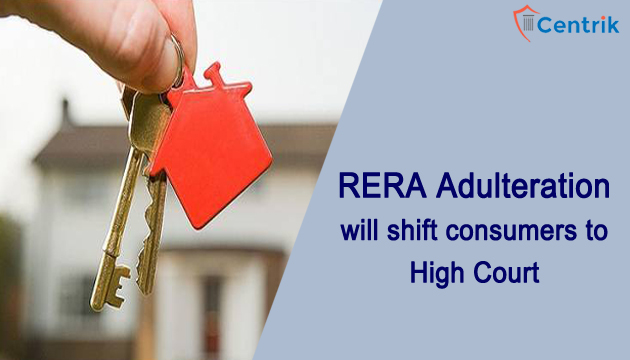 On 28th of April 2017 Haryana RERA issued a draft in respect of RERA rules in Haryana but till now those rules are yet to be notified by Haryana State. The Authorities are proclaiming to notify rules by end of July. A group of homebuyers is worried, Whether the notified rules will affect the position of homebuyers in Haryana. Hence recently the homebuyers have urged that they will not hesitate to shift to High Court if any adulteration will be seen in Haryana’s version of the Real Estate (Regulation and Development) Act, which is to notify by July 31, 2107.

The residents of Haryana have been in distress from past years as the builders believed that any ambiguous clause would let real estate companies an easy way out of delivering projects without agreed amenities like electricity lines, water connections and even lifts. A big question was arising in mind of homebuyers whether they can trust the RERA Registered Properties.

The focal point is as per draft rules those projects which have received occupancy certificate as on 1st of May 2017 are not required to register their projects but the homebuyers are desired to exclude only those projects that have received completion certificates from the ambit of Rera instead of those that have obtained occupancy certificates. The members of Haryana RERA has kept silence over the issue, although Dilbag Singh Suhag told TOI the Act will be implemented in the state this month and all suggestions and concerns received by the government would be considered before the final rollout.