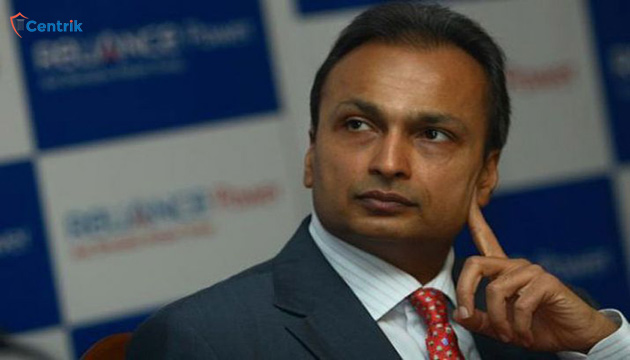 Reliance Communications Ltd. (stylised as RCom) is a telecommunication company headquartered in Navi Mumbai, India. It is a subsidiary of Reliance Anil Dhirubhai Ambani Group. The services it provides include GSM (Voice; 2G, 3G, 4G), fixed line broadband and voice, and Direct-To-Home (DTH), depending upon its areas of operation in India. The company had to shut down its 2G and 3G services including all voice services and only offer 4G data services from December 29, 2017, as a result of debt and a failed merger with Aircel.

RCom had in November 2017, shut its wireless business. In December, it inked a pact to sell its wireless assets to Reliance Jio Infocomm in an all-cash deal, pegged at Rs 24,000 crore by market circles. This would help pare its debt, which stands at about Rs 45,000 crore.

Reliance Communications and its subsidiaries filed pleas in the appellate tribunal to set aside the National Company Law Tribunal’s decision to start insolvency proceedings against them on a petition filed by network vendor Ericsson.

The move comes as the Anil Ambani-controlled companies are in talks with Ericsson to settle a long-pending dispute over unpaid dues worth more than Rs 1,000 crore owed to the Swedish telecom equipment maker.

Reliance Communications, Reliance Infratel and Reliance Telecom filed the pleas in the National Company Law Appellate Tribunal asking it to set aside the NCLT’s order on the grounds that Ericsson was an operational creditor, one of two lawyers aware of the development said, asking not to be identified.

“There is a dispute, so under Section 9, insolvency proceedings cannot begin,” the person said, adding that the plea was filed on Monday. RCom and Ericsson did not respond to ET’s queries.

The other lawyer said RCom was in talks with Ericsson’s headquarters in Sweden and is yet to settle the dispute out of court. ET reported last week that the latest settlement amount discussed was Rs 700 to Rs 800 crore, after Ericsson rejected an initial offer of Rs 400-500 crore. RCom confirmed the discussions, adding that resolution of the issue would help it exit the insolvency process.

Ericsson has sought an undertaking that State Bank of India, one of Reliance Communications’ lender will pay up the dues if the telco does not clear the settled amount. Discussions around this are still going on. RCom shares fell 12.7% to Rs 13.40 at the close on the BSE on Monday on speculation that talks with Ericsson were unlikely to result in a settlement.

The NCLT admitted Ericsson’s plea seeking insolvency against the telco and reasoned that the aspects of debt and default from RCom’s side were proven by the Swedish company. The tribunal’s order, which barred the telco from selling any of its assets, triggered insolvency proceedings for all three companies, which were to have started on May 15.

Following the order, RCom’s plan to sell its wireless assets – spectrum, towers, fibre network and switching nodes – to Reliance Jio Infocomm for Rs 18,000 crore and pare debt of Rs 46,000 crore was stalled. A settlement with Ericsson outside the insolvency process, if allowed, could revive the plan to sell the assets.

The tribunal appointed three interim resolution professionals from RBSA Restructuring Advisors LLP to run each of the three companies. The IRPs have 270 days to come up with a solution for RCom, failing which the company could face liquidation.

The second lawyer said Ericsson has filed a caveat in the appellate tribunal and would be informed before it admits the matter and decides on hearing it. He added that the telco’s move was unlikely to help it much, since it has to publicly declare insolvency through newspaper advertisements by Tuesday, as per the NCLT order.

The top notch companies have become the biggest target of Insolvency & Bankruptcy Code, 2016. Reliance is also on the queue and is battling hard against undergoing insolvency process. It is going to be a long battle and as per the speculations NCLT will strictly deal with it and is likely to win. It has ensured to remove all the stressed assets from the market and help India emerge as the most prosperous country for trade and commerce.