Prime Minister views about RERA: Act should have come much earlier 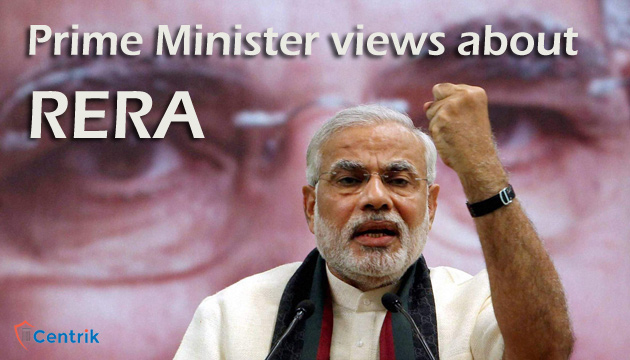 The Real Estate Regulation and Development Act (RERA) should have been enacted earlier to check the malpractices of builders, Prime Minister Narendra Modi said on Wednesday, following the Supreme Court’s stay on an NCLT order suspending real estate major Unitech directors and allowing the government to appoint its nominees in their place.

Addressing the 90th AGM here of industry chamber Ficci, he said that it was his government’s sensitivity to the plight of homeowners left stranded by unscrupulous builders that had prompted it to bring in the RERA Bill, 2016, which was passed by both houses of Parliament last year.

“RERA could have been passed before it actually was, but it was our government that felt the plight of homeowners who were at the mercy of unscrupulous builders,” Modi said.

“Why was there no action taken earlier,” he asked, wondering whether Ficci, as an industry body, had brought the issue of builders not delivering on their promises to notice of the previous UPA government.

As per RERA, builders cannot sell without registration, and the law also lays down that projects for which completion certificate has not been issued cannot be considered as completed projects.