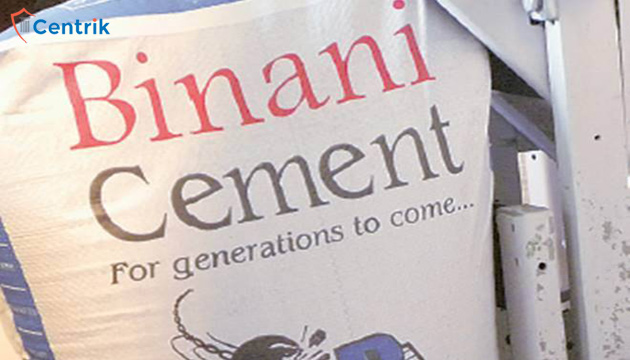 The bidders of Binani Cement have been eyeing on it since long and a battle between its bidders is also on to claim for the debt laden company.

The Supreme Court rejected an appeal by Dalmia Bharat , one of the bidder who lost out to UltraTech Cement in the second round of bidding, to stay the resolution process of Binani Cement. The court, however, said it will hear Dalmia Bharat’s plea on July 2.

Trifle between the bidders!

Dalmia Bharat, who emerged the highest bidder in the first round, questioned the lenders’ decision to vote in favour of UltraTech Cement when the bankruptcy court was yet to announce its final decision on UltraTech Cement’s eligibility to bid.

The Supreme Court ruling effectively means that the resolution professional can present the resolution plan before the bankruptcy court. The National Company Law Tribunal – the dedicated bench to the hear bankruptcy cases- will hear the resolution plan approved by the lenders on June 18. In a parallel development, the higher bench of bankruptcy court will hear Dalmia Bharat’s appeal on the eligibility of the Ultratech on July 10. Dalmia Bharat’s grounds to object to UltraTech stem from an agreement under which Binani Industries signed to sell 98.4% of its stake in Binani Cement for Rs 7,266 crore to UltraTech.

The decision to go ahead with resolution plan is very positive for lenders as it gives hope that the timelines are being respected.  Binani Cement is facing bankruptcy proceeding and is the only company so far where the lenders are expected to receive full dues.

A week ago, all lenders unanimously voted in favour of awarding Binani Cement to UltraTech Cement for Rs 7,600 crore. Dalmia Bharat, declared winner in the first round, declined to raise its offer of Rs 6,582 crore in the second round.

The second round of bidding was conducted after the bankruptcy court directed lenders to consider UltraTech’s bid – which was higher than Dalmia but made after lenders decided to award Binani Cement to Dalmia Bharat.

Interestingly, UltraTech has offered to pay lenders their dues only 5 days after the receipt of the order in their favour. Lenders had made a claim of Rs 6,313 crore against which they would receive Rs 6,851crore since this is the only case where interest during the moratorium period (when company is referred to IBC) is being paid.

IBC’s one important purpose was speedy disposal to release the stressed asset but long going battles between its bidders seems to cause unnecessary delay by fighting against the other bidders. Even after resolution process is complete lenders are waiting to get back their unpaid debt. To resolve this issue the authorities can decide on a solution and recommend the same to the RP or Committee of creditors like priority to be given to the highest bidder and by way of voting. IBC has to go a long way to resolve a lot of pending issues and relieve the lenders.