Offer of possession without getting Occupancy Certificate 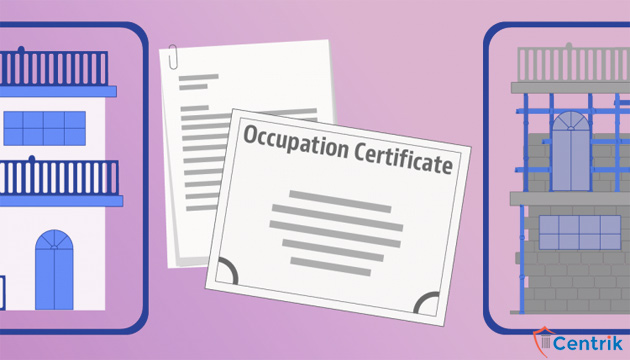 In a last decade or so, every builder in the Real Estate market had tried all the possible efforts to fetch the money from the customers. In this hue and cry of the market where every realtor wanted to be on top, many pertinent compliances were avoided by the builders which may lead to the fatal consequences.

Since the RERA implemented, in many cases, the legality of the offers of the possession by the builder in case no OC has been received by them from the concerned authority had been discussed and pronounced. And it was clearly stated that possession without OC is illegal.

Before taking this discussing further, first we should know what is Occupation Certificate:

What is the occupancy certificate (OC)?

As per Section 2(zf) of Real Estate (Regulation and Development) Act, 2016, the occupancy or such other certificate by whatever name called, issued by the competent authority permitting occupation of any building, as provided under the local laws which has provision for civic infrastructure such as water, sanitation, and electricity.

Now coming again to the legitimacy to the offer of possession without getting Occupation Certificate, below-mentioned are some judicial pronouncements which are to be taken into consideration:

Emaar MGF Land Limited and another Versus Krishan Chander Chandana, First Appeal No. 873 of 2103,

The Hon’ble NCDRC held that possession without OC is illegal and it cannot be held to be any possession at all in the eyes of the law.

Furthermore, in the case of Shakun Realty Private Limited Vs. Shri Pradeep Bedre:

The Hon’ble Maharastra Real Estate Appellant Tribunal held that without OC no possession can be offered irrespective the promoters have been completed all the construction with all amenities.

The basic logic behind the illegality of this mischief is that if no OC has been issued or received to/by the builder by the concerned State Authority it means there are still some glitches or deficiencies in the Building and the same is still not in a state where possession can be offered to the home-buyers. So in such a case no possession can be offered until builder remove such deficiencies and get the Occupation Certificate from the State.

At last, we can say that that without obtaining OC the possession so offered by the builder is not a legal act at all and home-buyer has all the right to deny or reject the offer of possession if OC of the building is in question.