Notice to Developers in Haryana under REDA Act 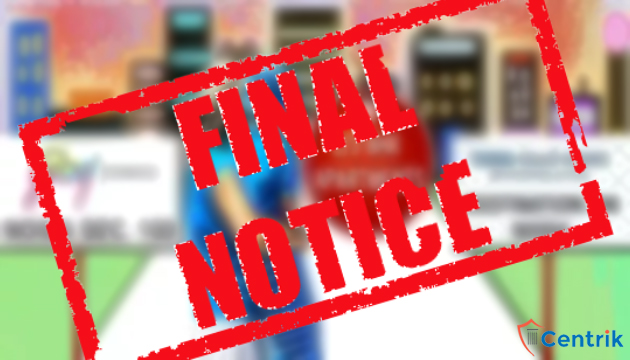 As required by RERA Act, Haryana RERA Authorities had issued draft rules dated 28th April 2017. In order to implement the rules, the Authority has taken another step by issuing notices to developers who have advertised their project without getting RERA registration. As per the RERA Act, no promoter is allowed to advertise its projects without getting registration with RERA Authorities. In this context, the Haryana RERA issued show-cause notices to 10 developers on Friday for advertising their projects without getting registered under the Haryana Real Estate Regulation Act (H-RERA).

This notice is a red alert to developers in different States. According to RERA officials in Haryana, the developers had violated the Act by carrying advertisements between 1st May and 3rd June for both new and existing projects, without registering under the Act. The penalty for such a violation would be 10% of the project cost under section 59 of the Act.

“We issued the notices under Section 3 of the Act, which says a developer cannot advertise a project without registering it,” said chief town planner Dilbag Singh, a member of the interim body. A 15-day window has been given to defaulters to revert with responses.

The common scepticism among builders with respect to RERA Registration is whether only new projects need to be registered first before advertising, or if the existing projects are covered as well. By this step, it has been cleared that the on-going projects can be advertised only after registration with RERA Authorities.