No modification or withdrawal of Resolution Plan after submission to NCLT

CentrikBlogsLegal AdvisoryCorporate Litigation-All In WayNo modification or withdrawal of resolution Plan after submission to NCLT : SC 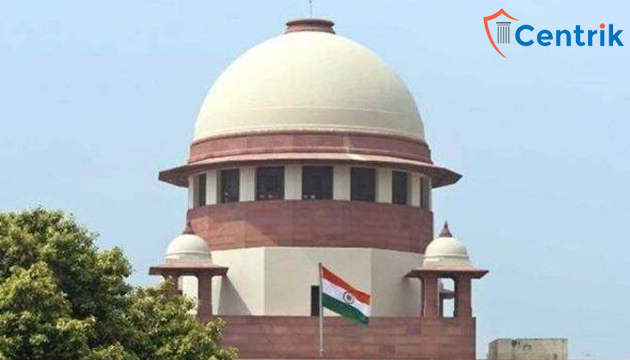 On 13.09.2021, the Supreme held that a Resolution Applicant is not entitled to withdraw or modify its Resolution Plan once it is submitted before National Company Law Tribunal (hereinafter referred as NCLT).

The division Bench of Justice D.Y. Chandrachud and Justice M.R. Shah,has held that:

“The existing insolvency framework in India provides no scope for effecting further modifications or withdrawals of CoC-approved Resolution Plans, at the behest of the successful Resolution Applicant, once the plan has been submitted to the Adjudicating Authority.”

The Supreme Court answered the question “Whether a Resolution Applicant is entitled to withdraw or modify its Resolution Plan, once it has been submitted by the Resolution Professional to NCLT and before it is approved by the latter under Section 31(1) of the Insolvency and Bankruptcy Code, 2016 (hereinafter referred as IBC)?”

The SC observed and answered the above-mentioned question in the following matters:

Later, the lenders EXIM Bank and PFCL jointly agreed to seek revision on the resolution plan before NCLT. The SC mentioning that both lenders represent 98% of financial creditors of Astonfield, allowed the request with directions, deeming it appropriate to exercise its jurisdiction under Article 142 of the Constitution for a one-time relief.

The Supreme Court had made the following observations:

The Supreme Court held that a Resolution Plan only becomes binding when it is approved by NCLT under Section 31(1) of IBC.  The Adjudicating Authority cannot allow or approve the application regarding modifications or withdrawals of CoC-approved Resolution Plans once the plan has been submitted before NCLT.

The SC dismissed the appeals in the matter of Ebix and Seroco. However, appeals against the NCLAT order is allowed by SC in the exercise of powers under Article 142 as a one-time relief.