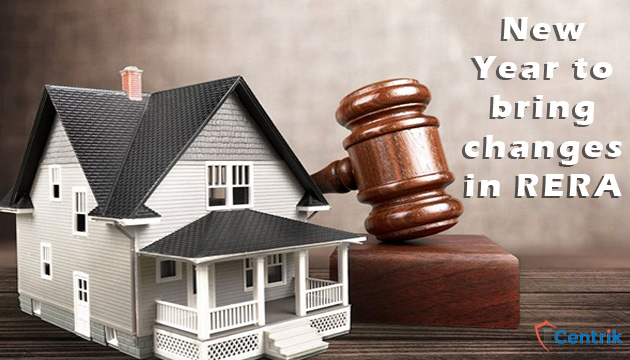 The year 2019 has dawned upon us bringing in new promises, new beginnings for us. The Ministry of Housing and Urban Affairs (MoHUA) resonates with the same feeling of change and newness. Real Estate Regulation and Development Act, 2016 is in nascent stage of implementation and still has traces of improvement. The department of housing in this New Year is looking to bring in changes in the newly implemented Act.  Let us have a view as to how and what are the changes the government looking act.

Section-91 of the Act i.e. “Power to Remove Difficulties” was added by the legislature during the time implementing the act in order grant additional and speedy powers to the government so that any obstacles in implementing the act can be removed smoothly and in a time bound manner. The section provides wide powers to the government under the grab of the word “Removal of difficulties”. The fact that needs attention here is that what all will constitute “difficulties” is not defined and the changes can be brought through bringing a “removal of difficulties” order without the interference of the parliament. Now, the only bar on this unfettered power is that of timeline which is that such changes through order cannot be brought after the expiry of two years from the date of the commencement of the Act.

The MoHUA over the past few months held four regional workshops taking in considerations from all the stakeholders. The committee set up for this purpose is all set to meet on January, 3rd for looking at all the recommendations made during the workshops’ and what all can be done under Section-91 to implement the same. The recommendations made during the meeting will then be processed further to get the assent of the concerned minister.

Now, the cause of concern is that homebuyers have the feeling that changes that will be brought under this section will act counterproductive and may in disguise of change favor the builders. Second, as per the proviso of the Section-91 the changes were to brought in within 2 years from the date of the commencement of the Act which ended in 2018 but the department is calculating it from 2017 in which year some sections were implemented thereby calculating it till 2019. The changes have to be done latest by May, 2019 which does not seem to be very far away therefore all we as buyers can see how the changes will unfold in matter of few months.