MahaRERA issues notices for the recovery of money 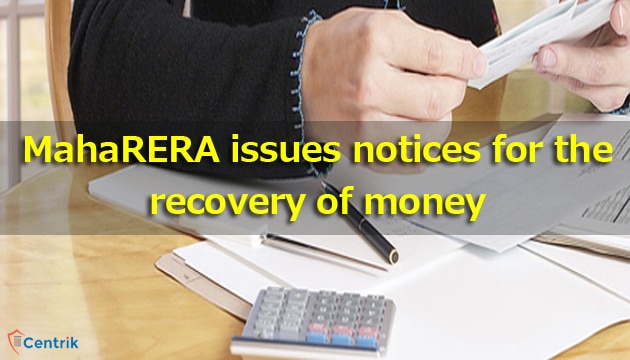 To mitigate or prevent such delays, the legislature made the RERA laws sufficiently equipped which can bring the justice to the aggrieved homebuyers as there are also the provisions if the builder does not comply with the RERA orders, Under Section 40 (1) of the Real Estate (Regulation & Development) 2016, the authority can issue recovery warrants against developer who failed to comply with its order to refund home buyers.

As per the given powers under RERA Act, 2016 the MAHARERA issued 11 recovery warrants in Mumbai, Pune, and other cities. Such warrants have been issued by the authority after the complainant home buyers approached MAHARERA on several occasions asking for execution of earlier orders against these builders directing refund of money.

Similar recovery warrant, have been issued against the developer under section 40 (1) of the RERA act because even after paying the partial amount the project was not started on time and the developer delayed the possession date. Seeing that homebuyers ask for the refund with interest amount.

It was earlier decided between the buyer’s association and the developer that the developer will refund the amount in installments and for the delay in paying installments 1 lakh penalty would be charged per day. The developer agreed earlier but later denied. The buyers have no other option but to approach to MAHARERA and the execution orders were passed by the MAHARERA in the favor of the buyers.

In light of the above instances, it is evident that RERA is serving the purpose for which it was enacted. Although there are certain improvements which are still needed to be done for the better implementation of the act.