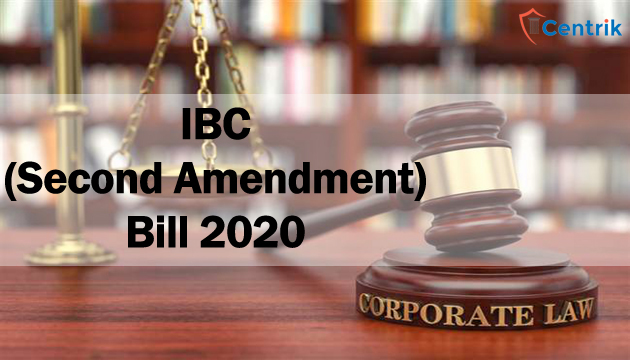 By voice vote the LokSabha passed the Insolvency and Bankruptcy Code (Second Amendment) Bill 2019, which was first introduced by the Finance Minister Nirmala Sitharaman on 12 December 2019, as per the statement of objectives the reasons compelling the new amendment are stated as:

The valid fears of the Homebuyers are that the Amendment stands as an arbitrary and malafide move to overreach and by-pass the judgment of the Hon’ble Suprme Court in Pioneer Urban Land and Infrastructure Limited vs. Union of India which observed;

“a. It can be seen that the Insolvency Law Committee found, as a matter of fact, that delay in completion of flats/apartments has become a common phenomenon, and that amounts raised from home buyers contributes significantly to the financing of the construction of such flats/apartments.

b. It was important, therefore, to clarify those home buyers are treated as financial creditors so that they can trigger the Code under section 7 and have their rightful place on the Committee of Creditors when it comes to making important decisions as to the future of the building construction company, which is the execution of the real estate project in which such home buyers are ultimate to be housed.”

The Amendment also makes provisions under the Insolvency and Bankruptcy Code unapproachable to the average homebuyers as it requires a minimum of 100 allottees or 10% of total allottees to in a real estate project to jointly file a petition, such a law is impractical as allottees are individuals unknown to one another and further not all allottees may seek remedies under the Insolvency and Bankruptcy Code some may choose to go before the RERA, thus it places unequals as equals even amongst the allottees. It is curious to note that the choice of forum is also a matter that was succinctly dealt with as per the judgment of Pioneer Urban Land and Infrastructure Limited vs. Union of India;

d. Even by a process of harmonious construction, RERA and the Code must be held to co-exist, and, in the event of a clash, RERA must give way to the Code. RERA, therefore, cannot be held to be a special statute which, in the case of a conflict, would override the general statute, the Code.

e. The Code and RERA operate in completely different spheres. The Code deals with a proceeding in rem in which the focus is the rehabilitation of the corporate debtor by means of a resolution plan, so that the corporate debtor may be pulled out of the woods and may continue as a going concern, thus benefiting all stakeholders involved. On the other hand, RERA protects the interests of the individual investor in real estate projects by requiring the promoter to strictly adhere to its provisions.”

That in January 2020, the Hon’ble Supreme Court has issued notice to the Government against the Amendment in Manish Kumar Vs. Union Of India & Anr.  strong objections to the amendment made by the petitioners were that it was manifestly arbitrary and against Article 14 of the constitution, as it placed equals as unequals without any reasonable basis, given that any other Financial Creditor can file an application for initiating corporate insolvency resolution process under the Insolvency and Bankruptcy Code, the allottees of a real estate project however can only file a joint application. The petitioners asserted that the Amendment introduces a cumbersome and nearly impossible tedious process making their rights under the Insolvency and Bankruptcy Code merely illusory:

“.. such an unreasonable and irrational restriction as per the ordinance over aggrieved litigants to approach Court is purely against the principle of Natural Justice and is a severe blow to the Fundamental of transparency and right to Exercise Justice as enshrined under Article 14 of Constitution of India. That in short, the ordinance has changed the meaning of justice for the home buyers across the country.”

The petitioners also put forth the submissions that joint application by allottees is against the spirit of the Code and against public interest as it infringes against the notion of privacy as envisioned under Article 21 of the constitution;

“The details of the allottees are never published on any website or a public domain as the same is impermissible under the law to publish the details of the allottees in such public domain as the same would result in a violation of their Right to Privacy as guaranteed under Article 21 of the Constitution of India. In the light of no availability of such information of all the allottees, information of all the allottees, the minimum number of allottees required to pass the threshold for filing an application under Section 7 of IBC is almost impossible and impractical.”

Thus despite sever mounting concerns of one of the largest stakeholders of the Real Estate sector it is quite disheartening to note that such a Bill has been passed by the LokSabha without giving any credence to the genuine concern and anguish of the homebuyers, that such amendment has a sinister motive to overturn the law for the benefit of Builder and developers and has been passed in such a hurried manner despite public unrest, that such amendment inders the purpose of the Code being a beneficial Legislation which “amounts to the creation of a “class within a class” and is unconstitutional and manifestly arbitrary, violating Article 14 of the Constitution”.

The amendment protects financial entities regulated by a financial sector regulator form being considered a related or connected party to a corporate debtor merely because it acquired a shareholding through the conversion of the debt-equity instrument into equity shares. Thus Financial Institutions shall not be barred from the resolution process and it shall be possible for them in case they hold multiple equities in different companies to bid for the entity or any stressed asset.

The government agencies will be barred attachment, seizure, retention or confiscation of assets of corporate debtor thus acquisition of assets under the IBC will have no strings attached and shall be more attractive.

This amendment is aimed at providing more protection to bidders participating in the recovery proceedings and turn boosting investor confidence in the country’s financial system.