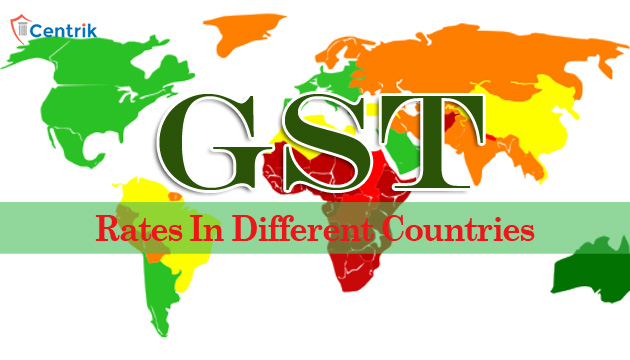 As soon as the GST rates were announced a huge wave of curiosity hit across industry and trade bodies. Everyone is evaluating their position whether they are benefited or losing. The GST Council has largely worked out the details of the fixation of the items to the four-fold tax-structure (0 percent, 5 percent, 12 percent, 18 percent and 28 percent) that has been agreed upon. So now we have now effectively a five-fold tax structure.

Here we are providing a comparison of GST rates in different countries.

We should compare ourselves with the country which is mostly on our radar in the sphere of economic competition, i.e. China. China has the highest GST rate of 17 percent, with seven different rates for a range of goods and services. What is significant is that it levies just 11 percent tax on entertainment (cinemas and the like) and restaurants (we have stipulated 28 percent for cinemas and five-star hotels and 18 percent for other restaurants).