Lack of Execution under RERA- Another roadblock for Homebuyers 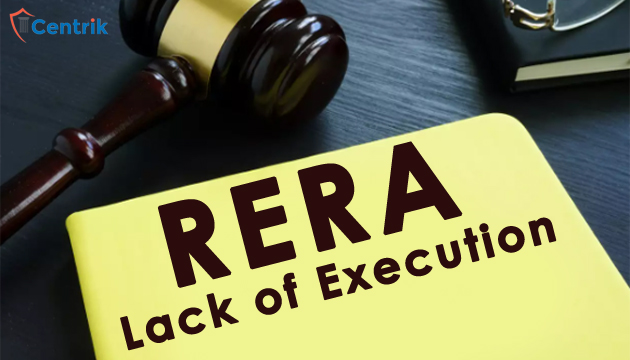 Rahul was finally relived to get a positive order in his favor thinking his long journey of fighting against the errant builder has come to an end. But what awaited him was far from his imagination.

Does this sound similar to you? Well it has been more than 3 years since the enactment of Real Estate Regulation and Development Act,2016 and we still have thousands of favorable orders lacking the most important component of justice that is “EXECUTION”.

As per provisions of RERA Act in case a builder or buyer whatsoever the case may be fails to pay the money as per order, the aggrieved party has the right to move RERA Authority under Section-40 of the Act.

Now, question that arises is what exactly happens when you move an application for execution under Section-40 of the Act?

The answer to this question lies that Section-40 states that in case money isn’t paid by the Developer/builder the said unpaid money shall be recovered as “Arrears of Land”. Now, here comes second question as to what does arrears of land means.

In this process the RERA Authority will issue recovery certificate which shall showcase the total amount due from the builder/Developer. The said RC will then be sent to the concerned District Magistrate where the property is situated or the project is being developed.

Once, the RC is issued the DM has to recover the dues as per land revenue Act.  Under that either the property has to be attached or other measures that may be required in order to facilitate the payment of unpaid dues has to be undertaken.

The problem comes here because at times the DM does not take proactive approach and thousands of issued RC also do not meet the required fate and the buyers are left with mere papers of justice.

The only solution to such unrecoverable RC is two-fold

This a long road for buyers as either more teeth needs to be given to RERA Authorities. The other way out where RERA Authority exercises their inherent powers and act in capacity of civil court for execution. Haryana RERA has been working on this model for a while and seems to have extended some relief to buyers by taking strong stand on execution.