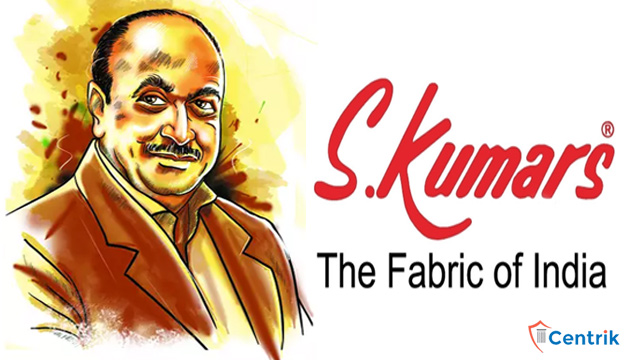 Kumars Nationwide Limited or SKNL (BSE: 514304, NSE: SKUMARSYNF) is a textile and apparel company with expertise in multi-fibre manufacturing. The company has extended its presence in multiple product categories from fabrics to apparels and home textiles.

The company, which owned the premium brand Reid & Taylor in India, has total dues of about Rs 2,500 crore to financial creditors. Other lenders to the company include JM Financial Punjab National Bank, Central Bank of India, Union Bank of India and Arcil.

Abhay Manudhane has been appointed as the interim resolution professional (IRP).

“In just two hearings, the NCLT court has admitted the S Kumars insolvency case. A committee of creditors led by IDBI Bank, which is my client, is likely to meet soon,” said Nishit Dhruva, managing director of MDP Partners, a legal firm that represented IDBI Bank at Mumbai NCLT.
An email sent to IDBI Bank remained unanswered until the publication of this report.

In the next 180 days, S Kumars’ creditors will have to settle the loan. The exercise will either end up reviving the company through a successful resolution plan or force the borrower into liquidation, under the stewardship of the resolution professional. The court may grant another 90 additional days if it sees some viable progress in the matter.

Nitin Kasliwal, promoter of S. Kumars Nationwide, is declared a wilful defaulter by most lenders and will thus not be eligible to participate in the resolution plan.
Last year, lenders had also filed a case in the Debts Recovery Tribunal in Bangalore.

In the first week of April, Reid & Taylor India too has been admitted for insolvency and bankruptcy proceedings at the NCLT, Mumbai.

S Kumars like other top notch business entities is facing insolvency proceedings. This Code has brought a revolution in the country. Every defaulter is facing proceedings and have become bound to return the money. The code and the Adjudicating Authority is sternly dealing with these business entities and the lenders have also found a way of recovery in the best way possible within a short span of time. Now the money stuck with these borrowers will flow back into the market helping India rise in the Ease of Doing Business index.