Insolvency and Bankruptcy Code, 2.0 can be expected to be introduced soon 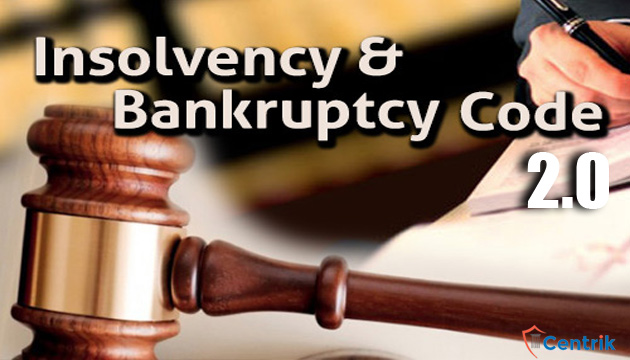 Insolvency and Bankruptcy Code, 2016 was promulgated by the President of India on 28, May 2016. Post its introduction it has undergone quite a few changes which we generally refer to as amendments to effectively deal with the defaults and speedily dispose of NPA cases. Last June, when the RBI ordered banks to initiate insolvency action against a dozen companies, resolution was expected by the end of the last financial year. But a series of legal cases by powerful promoters who are set to lose control over their companies, and a battle among rivals to acquire control, have meant that only one among those cases has so far been resolved, prompting the government to deal with some of the challenges.

The biggest threat to the deadline-based approach prescribed by the Insolvency and Bankruptcy Code (IBC) has come in the form of a legal interpretation that court battles are outside the 270-day deadline prescribed by the law, something that the government is grappling with to find a solution. Separately, based on the experience so far, the ministry of corporate affairs (MCA) is readying what many believe to be IBC 2.0. The ordinance recommended by the Union Cabinet on Wednesday was part of the plan. Next will be several changes in rules and codifying the processes, a task that has been assigned to the Insolvency & Bankruptcy Board of India (IBBI), the regulator and the development agency for IBC.

The ministry’s plan is to have detailed guidelines on every possible aspect, something akin to the Companies Act, where the process is clearly defined. Besides, by putting in place rules, the government also wants to ensure faster decision-making as public sector bank representatives, who are members of the committee of creditors that decides on bids and liquidation, need comfort. There is already evidence of lenders shying away from deciding on a bid for Jaypee Infratech as it was seen to be below the liquidation value. “The rules will protect them from undue scrutiny by the CAG, CVC and CBI,”.The government is also considering a hybrid bidding process to usher in transparency, besides seeking to ensure better realisation for the ailing companies.

The government seems to be giving special attention to this law and in its implementation and that is why we are witnessing very frequent changes. The Code is ensuring transparency and expeditious disposal of cases in order to release the stressed assets and help the money flow back in the market. This is also playing as a warning for other corporate entities who wilfully or unintentionally are on the verge of being targeted for default. This Code has brought immense changes in the market and India is advancing towards a better future.