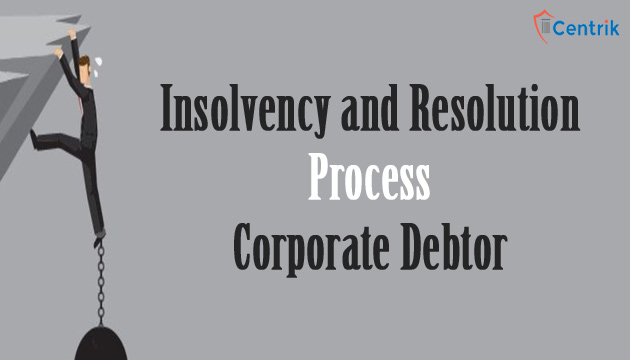 The Insolvency Code has made a provision for the Corporate Debtor to pro bono file an application for initiation of corporate insolvency process in case of default and without any malicious intent under section 10 of IBC, 2016.

In this article we will precisely discuss about the conduct of insolvency process by corporate debtor who is also called as corporate applicant.

Pecuniary Jurisdiction– This part shall apply to matters relating to the insolvency and liquidation of corporate debtors where the minimum amount of the default is one lakh rupees.

*Provided the Central Government may, by notification, specify the minimum amount of default of higher value which shall not be more than one crore rupees.

The Corporate Debtor has to follow the below mentioned procedure-

The IBC has given opportunity to the corporate debtors to self-initiate the insolvency process in case default is detected. The companies can in the very early stages of detecting a default can approach the tribunal to reorganize them. This way lenders will also get back their monies and the defaulter can get relieved from debt.