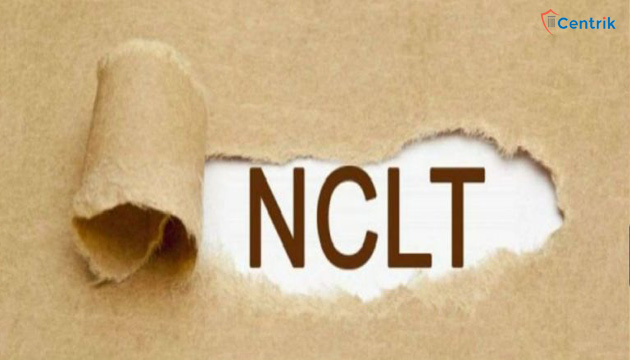 The sole purpose of Insolvency and Bankruptcy Code was to provide speedy disposal to insolvency and bankruptcy cases instead of resolving them under previous laws and fight a long run battle to claim their money. But at the current scenario it seems that a lot of top notch cases are piling up and the bidders are causing delays by claiming and fighting against other bidders.

In the Essar Steel matter before it, the National Company Law Appellate Tribunal (NCLAT) has stalled the resolution process, directing all concerned entities to abstain from any order being passed. The tribunal goes on vacation from June 1 for over a month. So, the next hearing date will be on July 23.

What is the reason behind this delay?

A key beneficial aspect of the Insolvency and Bankruptcy Code (IBC), 2016, is the 270-day deadline prescribed for the tribunal to resolve a matter. But here, the hearings will resume nearly 60 days after the revised 270-day deadline of May 28 has passed. Which, incidentally, was already a month beyond the original deadline of April 29.

The implications, including delays of introducing a vacation period when one has not been stipulated for the tribunal, a consequent ambiguity about how to calculate the 270 days’ timeframe, and the significant cost to all stakeholders from unregulated and barely capped delays will have a detrimental impact on the perception of IBC and its rollout.

IBC and the National Company Law Tribunal (NCLT) have been widely acknowledged as a beacon of hope for creditors who have, for years, been waiting for justice. An efficient NCLT with trained professionals is perceived to have created an ecosystem that gives maximum value to investors and creditors. But the aforementioned developments are likely to create roadblocks to the seamless transition. There is now a risk that IBC matters could go the way of matters before the courts, which languish in delays caused by pendency and adjournments.

The National Judicial Data Grid (NJDG) estimates that there are about 2.6 crore cases pending, with about 65 lakh cases pending for over five years. A study found that on an average, it takes almost 20 years for a property related dispute to be resolved. If the rate of disposal continues and there are no new cases, it will take 324 years to clear the backlog.

The sustainability of the economy and overall development must be considered when passing judgments that could have serious ramifications on employment and growth. The judiciary is increasingly recognising this fact. In the recent Shivashakti Sugars Ltd matter, Justices A K Sikri and A M Sapre observed that the economic impact and effect of a decision ought to be kept in mind and, critically, the Supreme Court needed to “avoid that particular outcome which has a potential to create an adverse effect on employment, growth of infrastructure or economy or the revenue of the State”. This directive, by default, must also apply to unnecessary delays.

Justice R M Lodha, in a civil appeal, said, “It is high time that courts become sensitive to delays in justice delivery system and realise that adjournments do dent the efficacy of judicial process.” Current Chief Justice of India Dipak Misra had, in a petition in 2011, asked the judiciary “to conceive and adopt a mechanism, regard being had to the priority of cases, to avoid such inordinate delays in matters”.

The legislature has, through an amendment in 1999, fixed an upper limit of three adjournments during the hearing of a matter. It specifically disallows the courts from expanding the time granted for doing any “act prescribed or allowed by the Code” beyond a maximum period of 30 days. This was reiterated in 2002 when another timeframe to prevent delays was introduced, limiting the time for filing written statements to 90 days from the date of service of summons.

In a manner similar to the NCLAT example, in 2005, despite the statutory procedure built into the system, the interpretation of two Supreme Court judgments of 2005 — the Salem Advocate Bar Association case, and the ‘Kailash vs Nanhku’ matter — inadvertently created loopholes, allowing delays through excessive adjournments in the interest of providing justice in civil matters. In the former, the Supreme Court interpreted the 30-day time-frame limitation to not impact inherent power of Indian courts to “pass orders as may be necessary for the ends of justice or to prevent abuse of process of the court”. And, in the latter, the court again relaxed the statutorily prescribed deadline for filing of written statements by interpreting them as “merely directive and not mandatory”.

The courts have continued to assert their inherent right to endlessly adjourn to justify their ‘sense of justice’. The only real beneficiaries have been the lawyers.

A report by the National Institute of Public Finance and Policy in 2016 identified how borrowers seeking adjournments cause 46% of all delays in Debt Recovery Tribunals (DRTs). A recent study of the Delhi High Court by the Vidhi Centre for Legal Policy found that courts grant more than three adjournments for approximately 70% of the delayed cases. A study by Daksh estimated that subordinate courts in Delhi and Bengaluru spend about 44% of their time and about Rs 80-150 crore on adjournments.

The way forward is clear. There needs to be a new culture with zero tolerance for circumventing the limitation set out in the law. NCLT’s strict adherence to the 270-day ceiling is critical. The Essar matter before NCLAT sheds light on the issues that may ensue if things continue unchecked.

The Essar Steel matter has raised a valid and crucial point of inordinate delays which is a big concern as it was the important provision of IBC, time bound resolution. If this purpose fails, the whole motive of IBC will fall apart. It is the court that has to safeguard the holistic provision of this Code and implement it effectively. These cases are coming up with remarkable points to be considered aiding in resolving disputes and easy recovery of debt amount.