Initiation of Disciplinary Proceedings against the Insolvency Professional 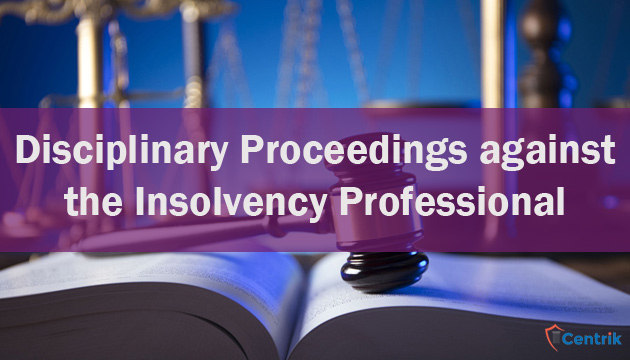 What is the recourse available with the aggrieved?

What is the procedure to take action against that Insolvency Professional?

First of all let’s understand the legal recourse available with the aggrieved pertaining to the contravention of any of the provisions of the Code. Any aggrieved person can file a complaint against the insolvency professional agency or insolvency professional or an informational utility to the Insolvency and Bankruptcy Board of India (“IBBI”). Upon receiving of the complaint, if the board deems fit will authorize any person or persons to act as investigation authority which is supposed to file a report to the IBBI to form an opinion about whether there was any contravention of the provisions of the code.

Based upon the findings of such report as well as other evidences, the IBBI issues a show cause notice to the Insolvency Professional for the disposal of same by the disciplinary committee constituted by the board.

Upon the examination of the report if there exists any sufficient cause then the disciplinary committee takes any of the following action against the Insolvency Professional:-