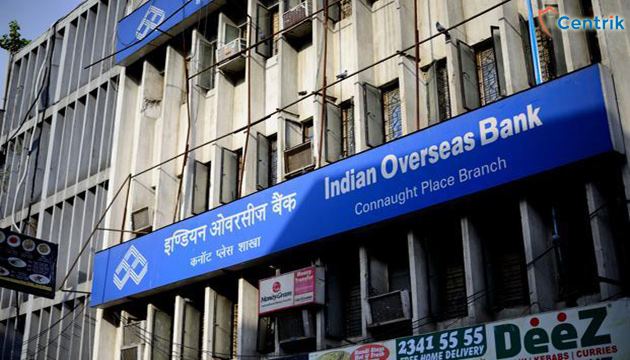 Insolvency and Bankruptcy Code, 2016 has gained a lot of importance as a legislation in the country. With its advent a lot of public sector banks have taken the initiative to file application for insolvency proceedings against their defaulters. The RBI has also been a major player in this step. The government is speedily disposing of stressed assets cases in order to release the money stuck in the market. But so far only Bhusan Steel has successfully gone under the proceedings and got resolved.

The bank had registered a net loss of Rs 646.66 crore in the same quarter of previous fiscal.

What led to this huge amount of bad loan?

The bank’s provisions for bad loans and contingencies increased sharply to Rs 6,774.55 crore during the March quarter from Rs 1,789.74 crore a year earlier. Asset quality worsened with gross non-performing assets (NPAs) at 25.28 per cent of gross advances at the end of March from 22.39 per cent in the year-ago period.

Shares of Indian Overseas Bank were trading 2.40 per cent lower at Rs 16.25 apiece on BSE.

The enactment of IBC has helped surface a lot of stressed assets and NCLT is loaded with work to resolve these cases as soon as possible. The target is to secure a better position in the Ease of doing business and let India lead with flying colors in the business sector. Indian Overseas Bank should also look forward to claim back its money from the defaulters and initiate insolvency proceedings against them. This is the golden period for any person to retract its monies from their borrowers.

This article was originally published in Economics Times