Important Clauses Which Employee Should Read Before Signing Employment Agreement 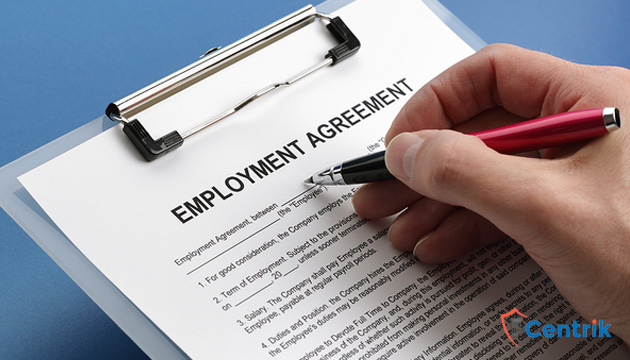 India being a developing country and considered to be a leading market for cheap labor and investment after china. India has forgone many laws relating to the employees who are being recruited by the employers and in order to bind the relationship of the two, a bilateral covenant has to be initiated which can only be satisfied through the employment agreement. A healthy relationship between the two can only be considered once agreement is being formed, duties are assigned, wages are fixed, and social security and benefits are rendered.

Familiarizing the scope from Employers perspective

In India, employees enjoy the protection of diverse laws and regulations. Keeping in mind such legality, the scope of framing an employment agreement should be in such a manner where the employee could produce maximum output in lieu of motivation rendered from the employer in the form of salary, incentives, allowances, bonuses etc. Also, whenever any such agreement formed neither of the parties in the mentioned agreement should try to exceed the jurisdiction from its obligation as per the clauses mentioned.

The essential feature of an employment agreement stipulates the following:

The first base to form an agreement originates form Offer or Proposal. It is the first step where the employer takes the initiative to place an offer before the suitable candidate to get recruited and after the assent of the other to such an abstinence forms to make a proposal.

After the initiation of the first step to make a proposal and giving an assent to the same legally binds the both which forms a promise.

So, once the acceptance to the proposal has been initiated, consideration for the said promise has to be made. Otherwise, an agreement without consideration is void.

Each party when enters into contract has to ensure that before making an employment agreement binding that the parties are competent enough i.e. must have attained the age of majority, must be of sound mind and is not disqualified from contracting by any law.

At the time of making a wireframe of an agreement, it has to be taken into consideration the legal object of the agreement which is not forbidden by law; should not be fraudulent; does not leads to the injury of the person or property of the another or is opposed to the public policy. Otherwise, the agreement framed will be void.

At the time of preparing the agreement, both the parties must be given their consent in a free manner without any undue influence, fraud, mistake, in order to circumvent or with a motive to disclose confidential information.

Following are the factors which are required to be considered in enforceability these are:

A standard part or a substantial part of an employment agreement is termination where it is to be taken into consideration the factor which has led to terminate an employee by the employer.  It is also mandatory to give specified reason to the employee terminated with a specified time period in the form of notice to make it legal and obligatory. But it may be noted in the case like that of misconduct which does not require any enquiry or so and the decision can be commenced without intruding the disciplinary committee, the company can terminate such employee even without notice by giving a reasonable opportunity of hearing.

As per the modern days of the present era, the tendency of doing a fraud just like copy and paste which takes a fractions of time to come into effect, so it is mandatory some post-termination clause must also be initiated to cease an employee to be working in a rivalry company or a company having same line of business so as to keep the company and its goodwill safe.