ICRA- Indian telecom still lagging behind to recover their dues 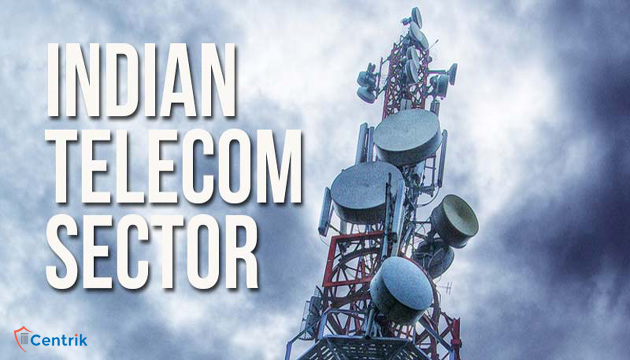 Indian Telecom Industry, as everyone might be aware of is currently in a critical position with small players looking out for consolidation with bigger players. ICRA today expressed its opinion that the revival of the Indian Telecom industry is likely to be prolonged and the pressure on the cash flows of the industry may continue for a few more quarters. ICRA today released a note highlighting that due to the price competition which has exerted significant pressures on the Indian telecom industry in FY2018 will remain intense as the larger operators are contesting to acquire subscribers of the small operators leaving the industry telcos. However, the firm predicts that over longer-term recovery is expected in the sector on the “back of a consolidated structure, better pricing power and data usage with greater price-inelasticity.”

Predicting the future of Indian Telecom Industry, ICRA stated that the industry is likely to witness better outlook driven by improvement in pricing levels in FY2019. Furthermore, the debt levels of the industry, which would remain elevated as on March 2018 are expected to witness some reduction by way of promoter funding and asset monetisation.

Mr Harsh Jagnani, Sector Head & Vice President – Corporate Ratings, ICRA said “The exit of smaller telcos has provided an opportunity for larger telcos to garner subscribers and the competition for them remains intense. We expect the migration of subscribers from the exiting telcos to the continuing telcos to complete over the next six months. But until such time, the pricing levels in the industry are unlikely to witness material improvement. This can be witnessed from the fact that the trend of steady increase in Average Revenue per SIM (ARPS), led by Reliance Jio’s plans, witnessed till December 2017 has since been reversed due to discounted price offerings.”

On top of the market share battle, the cash flows of the industry continue to suffer. ICRA stated in the note that revenues in FY2018 would decline by 13% and OPBDITA to decline by 34%. Going by the current scenario of competition and pricing regime, the industry will have a recovery in revenues and profitability only by the end of FY2019.

In addition, ICRA is expecting that the debt will be reduced to Rs.4.3 lakh by FY2019, as compared to the current Rs.4.7 crore debt. It was expected that in FY2019 telcos would be allowed to breathe normally as Jio was expected to stop the pricing war. However, the Mukesh Ambani-led telco increased the tariff war by launching a slew of affordable plans back in January, and incumbent telcos are still struggling to catch the newcomer.

For further queries on debt recovery management, please get in touch with us at: stupti@centrik.in