IBC hits the realty sector- will it alter changes in this sector too?

CentrikBlogsLegal AdvisoryDebt Recovery ManagementIBC hits the realty sector- will it alter changes in this sector too? 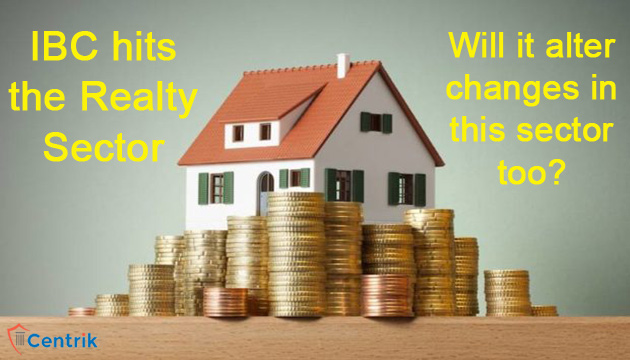 RERA and GST have been the key players in recent years since the Modi Government took charge of this country. The prime motive was to regulate the market and ease the business sector. You may say action speaks louder than words. Housing for All, GST and RERA – all are proof the government is showing resolve and intent. And they all put the consumer before anything else.

The IBC ordinance is the latest entry into the ring. What does it hold for homebuyers like you and me? A lot.

The new legislations have boosted the economy by attracting more investments over the past few years and with the enactment of Insolvency laws and the Adjudicating Authority acting stringently towards defaulters is a positive step towards making the market free of stressed assets. The motive and purpose of RERA was also similar but seems out of the two legislations IBC has taken a lead in a very short span of time.

With FDI inflows staging a comeback, the missing pieces in the real estate story are falling into place. But RERA is still a job half done. It has been one year since the Real Estate (Regulation and Development) Act, 2016, kicked in. The sad part is its compliance across the country is in a sorry state and is nowhere close to its full implementation in letter and spirit.