IBC as a forum for Insolvency or Settlement? 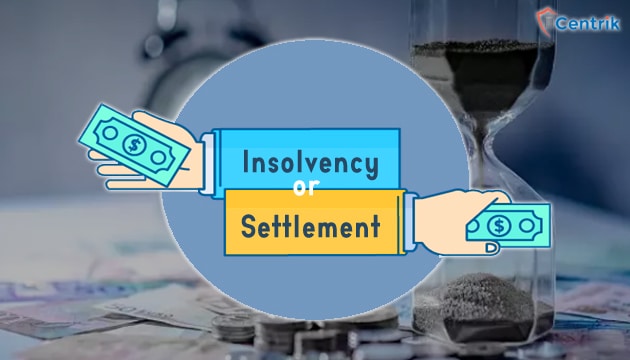 This mechanism has been put in place to remove all kinds of defaults once and for all, however, it can be argued that this air tight mechanism may not be in the interests of small and flourishing companies. The Possibility initiation of insolvency proceedings against a small company may cause them to go through financial distress along with amputation of goodwill, whereas they may be completely solvent and capable of paying pack the debt, with a penalty for delay. However the threat of insolvency, corners the companies to immediately discharge the debt by way of settlement before the application against them is accepted by the NCLT. This narrows the freedom of financial planning of companies, which goes a long way in helping companies flourish and securing the economy of any country. On the contrary, this provision ensures the security of investment of creditors, providing them relief from irresponsible debtors who don’t handle their finances with care and cause creditors with financial distress.

Initially when the Code had come into force, there was no provision for creditors to withdraw their application before admission in case the corporate debtor settles. However, according to Rule 8 of The Insolvency and Bankruptcy (Application to Adjudicating Authority) Rules, 2016 a creditor may, withdraw his application for initiating insolvency proceedings before it has been admitted by the tribunal. Hence, after the application is filed, the debtor has time till the application is accepted to make a settlement with the creditor in order to protect itself from going under insolvency. Hence the creditors often approach the NCLT under the code in order to recover their debts by using the threat of insolvency proceedings upon debtors, even though the Debt Recovery Tribunal has been established by law, exclusively, for this purpose.

This provision, even though, has increased the burden of cases upon the NCLT, given undue influence to creditors over their debtors, and has restricted the financial freedom of companies, has also provided for a more secure and responsible mechanism for the creditors to recover their money. It will slowly lead to a change in the attitude of lending and borrowing and eventually create a stable and secure market.