HRERA: RERA will have a watch on the delayed project of Greenpolis 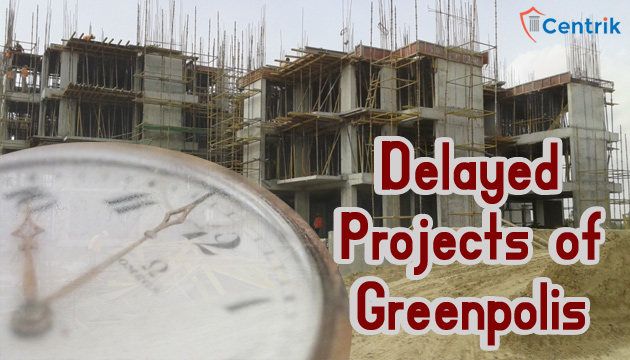 Haryana Real Estate Regulatory Authority, Gurugram though started functioning very late if we compare it with the other leading States like Maharashtra, the HRERA Authority, Gurgaon has become operational in the month of March 2018 but having said that, it has now started giving some landmark decisions.

Lately, In the matter of Greenpolis HRERA Authority has directed the developer to complete the project as early as possible and it will be under the supervision of Haryana Real Estate Regulatory Authority, Gurugram.

As the interest of 1800 investors are on stake who have been waiting the possession of their homes since 2015. An Investigating Officer and Quantity Surveyor has also been appointed by the authority to gauge the remaining cost of the project and to track out any diversion of funds which was meant to be for the development of the project.

The construction of the aforesaid project was started in 2014 and possession was promised to be delivered in 2015, it was the agreement between the two builders, wherein 3c’s was to construct the entire project. Out of 1862 flats 65 percent of the total flats were owned by the 3c’s and remaining 35 percentage by Orris.

This project has fetched Rs. 300 crores to the Orris and Rs 800 crores to 3c’s but diversion of the funds to the other projects made this project stalled. The Authority has seized the bank account of the promoters, the chairman KK Khandelwal said that this process will help the authority to decide about refund and compensation to the aggrieved home- buyers of Greenpolis.

In the light of above, it can be concluded that, this order of Haryana RERA Authority is an example of the transparent governance by the regulator of Real Estate.