HRERA: RERA fined Parsvnath with rupees 5 lakh for not following his orders 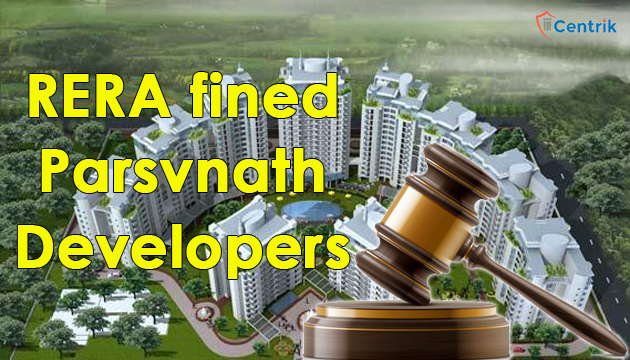 Real Estate (Regulation and Development) Act, 2016 seems to have a pertinent role to regulate the Real Estate sector of India. Since the implementation of the act all the builders are under scanner and they are not in a state where they can do activities at their own disposal.

Lately, Haryana RERA had imposed a penalty of rupees 5 Lakh on Parsvnath Developers for not following its orders. The matter related to the application for registration of the project Parsvnath Royale Pocket B in sector 20 Panchkula.

The builder was given a month by the RERA to organize a conference of home buyers to prepare the plan regarding the completion of project, getting the possession and given assurance to them that the entire remaining money shall be put in the Escrow account for completion of the project.

But the builder failed to comply the order and “No satisfactory explanation was given by the representatives of the builder for not complying with the directions of the authority,” according to RERA.

In the past also, they were found the violating the orders of the authority, where in builder was directed for completing the 253 apartments which were already allotted ,by reallotting them in six to seven towers.

1st for completion of the portion that has been already allotted

2nd for completion of the rest of the project.

The builder had agreed to work according to this direction after discussion with the home buyers in the conference. But later authority observed that the builder didn’t organize the conference and give useless excuses.

At last, it can be concluded that RERA authorities are on rampant and not in a mood to forgive any of the builders if they don’t comply with RERA directions and there is no scope that they can even try not to comply with the provisions of the RERA Act.