How to file RERA Complaint in Uttar Pradesh 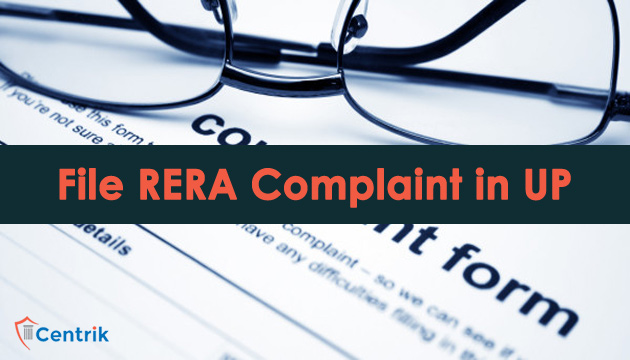 Uttar Pradesh is India’s most populated State and by virtue of it being highly populated it also owns the Real Estate demand. With the rise in transactions in Real Estate sector, the number of grievances has reached high in numbers. In recent time, we have heard a lot about real estate frauds and irregularities in Noida, UP. Some of the builders has applied for insolvency.

The introduction of RERA Act, 2016 has given a sign of relief to the home-buyers of Uttar Pradesh as enactment of RERA Act has provided them a proper regulator and authority where they can seek for the justice on their grievances.

As required by above RERA Act, the State of Uttar Pradesh has notified its final Uttar Pradesh RERA Rules, 2017 on 27/10/2016 which prescribe regulation, form and process for;

Based on our experience and research, we have observed some kind of common issues faced by the buyer for complaint redressal which are as under:

After enactment of RERA Rules in UP, all the complaints relating to real estate as prescribed under RERA Regulations shall be filed before State RERA instead of consumer court or consumer forum or civil court.

Preparing RERA complaint and presenting before RERA authority require a professional approach and manner. RERA authority has been vested with rights as if of civil court hence it require to comply with the decorum and related practices.

(i) Complaint to RERA Adjudicating Officer – Any complaint relating to claim of interest and compensation, which is covered by section 12, 14, 18 and 19, of RERA Act, 2016, can be filed in form ‘N’ before Uttar Pradesh RERA Adjudicating officer. The complaint shall be filed with the fees of Rs. 1000/-.

The RERA Authority shall, after following the prescribed procedure, dispose the complaint within 60 days of filing. If it is not disposed in said period, the officer shall record the reasons.

RERA consulting team of Centrik is very versatile and experienced. We have in-depth and practical experience in dealing various issues and RERA litigation before different RERA authority. To name, some consultancy, are as under: