How to File RERA Complaint in Gujarat 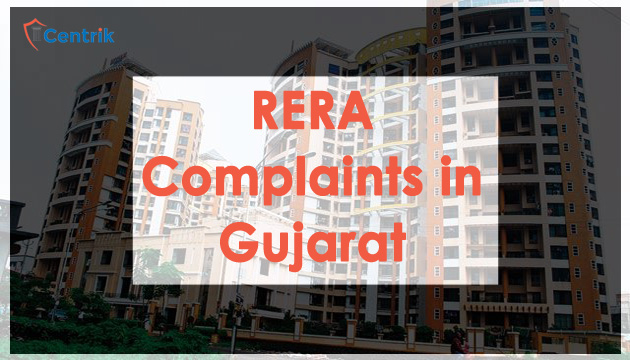 Gujarat has witnessed significant growth in real estate sector and the reason behind this is financial affluences of the state. There has been flurry of real estate project launches and it is just because of the promising real estate market of the state. This real estate development has also fetched the grievances for Home-buyers in Gujrat.

Lately, RERA Act, 2016 has been introduced which has provided a big relief and established separate authority to attend the grievance in real estate sector. Let’s understand the RERA laws and grievance redressal system in Gujarat.

RERA, is a set of laws, regulations and authority by the Government to ensure (i) accountability, (ii) sustainability, (iii) grievance redressal, specifically for real estate industry. The Real Estate (Regulations and Development) Act, 2016 was commenced from 01/05/2017.

As required by RERA Act, the State of Gujarat has notified its final Gujarat RERA Rules, 2017 on 29/10/2016 which prescribe regulation, form and process for;

Some the common issues faced by the buyer which are being filed before RERA authority/RERA Adjudicating officer are as under:

The RERA portal in Gujarat has been launched and RERA complaints can be filed online now. As RERA Act has very new existence in the market, it is difficult for layman to file the complaint and get the legal remedy for their grievances so it is suggested to hire professional to proceed with RERA complaints.

RERA complaint in Gujarat can be filed before following authorities depending upon the kind of grievance.

The RERA Adjudicating officer shall, after following the prescribed procedure, dispose the complaint within 60 days of filing. If it is not disposed in said period, the officer shall record the reasons.

The RERA Authority shall, after following the prescribed procedure, dispose the complaint within 60 days of filing. If it is not disposed in said period, the officer shall record the reasons.

RERA consulting team of Centrik is very versatile and experienced. We have in-depth and practical experience in dealing various issues and RERA litigation before different RERA authority. To name, some consultancy, are as under:

Please note that the above article is for education purpose only. This is based on our interpretation of laws which may differ person to person. Readers are expected to verify the facts and laws.