How to file a complaint under RERA 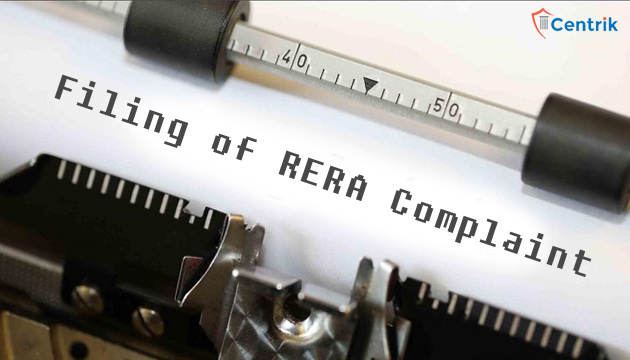 Article-300A of the Indian Constitution provide for right to property which was changed from a fundamental right to a constitutional legal right in the year 1978 by 44th  amendment. The fact that stands out is that how the supreme law of the land i.e. the Indian constitution recognizes right to property since its inception but the builders in our country don’t seem to be bothered about the same. The Real Estate Market is filled with umpteen number of cases where despite collection of installments the possession is yet not delivered.  The Indian legislature enacted the Real Estate Law in the year 2017 bring a joy of hope for millions homebuyers in the country.

The problem is that law in our country has always been a bird beyond the grip of general public. The legislature in case of Real Estate Regulation and Development Act, 2016 has tried their best to simply procedure in terms of filling a complaint. Still a lot of dilemma prevails among aggrieved homebuyers with regard to filing of complaint. The problem lies in the fact that very state has its own rules and regulations which govern the procedural aspect of filing above and beyond the substantive law.

RERA provide for filing of complaint under the ambit of Section-31 wherein it states that any aggrieved person can file a complaint either themselves or through authorized representatives which may include a lawyer, CA or CS. The right which you can seek under Section-31 by means of filing a complaint is laid down in Section-18 of the Act which states only two major relief one a) refund of the amount paid along with interest or b) possession along with delayed interest. The second step that needs to be looked into is the state rules in which the complaint is being filed. Every state has different process as prescribed in their rules and regulations. For example, in case of HARYANA the jurisdiction is divided into two major benches i.e. between Panchkula and Gurugram. Once, you can narrow down in which jurisdiction your project falls you need to file an online complaint on the online portal of the respective bench and then submit a detailed physical copy of the complaint at the complaint desk of the concerned authority.

The regulations of the concerned state further lay down other factors also such as how many copies to be submitted, whether a copy has to be sent to the respondent or not. The procedure may seem tedious at first glance but it is detailed in order to ensure speedy redressal. Filing of complaint is the first step in getting justice but as they say well begun is half done thus if filling is done efficiently justice cannot be left far behind.