How to Execute RERA Order through NCLT under IBC 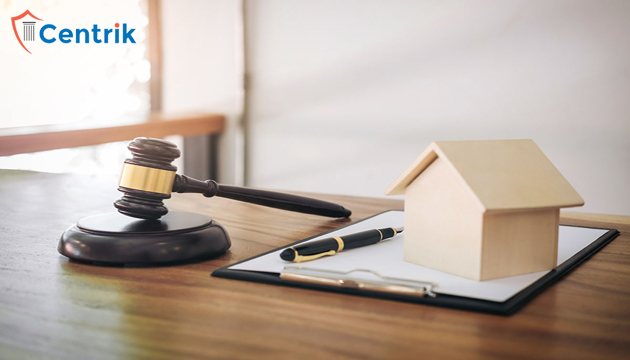 Brief of RERA till date

The preamble of the Real Estate (Regulation and Development) Act, 2016 sets the objectives of the RERA as regulation of the sale of plots, apartments in a transparent manner to protect the interest of the consumers and to establish an adjudicating mechanism for speedy dispute redressal.

Though the process under RERA is streamlined and much quicker than those under older legislation like the Consumer Protection Act, and despite strong provisions within the RERA empowering homebuyers, the RERA Act at present is still a toothless tiger due to lack of execution process of RERA orders. The reliefs under RERA at the moment rest only in papers.

However, a ray of hope & success was evident for the home-buyers, when the home-buyers were included as Financial Creditors of a company/builder under Section 5(8)(f) of the Insolvency & Bankruptcy Code, 2016 by the Hon’ble Supreme Court of India. But the happiness of the homebuyers was short-lived, as the builders/developers sought another scheme to remove the homebuyers from claiming their rights under the Insolvency & Bankruptcy Code, 2016.

There has been strong and persistent lobbying by the builders/ developers of the real estate sector to remove the Insolvency and Bankruptcy Code as the court of the first instance for homebuyers. With the Insolvency and Bankruptcy Code (Second Amendment) Bill 2019, which was recently passed by the LokSabha it would seem that the real estate builders have succeeded in limiting the rights of homebuyers under the IBC.

HOW DO RERA PROVISIONS AND IBC COINCIDE?

A very prevalent pitfall under RERA is the lack of execution mechanisms in place. Thus though Homebuyers are getting their grievances redressed through RERA, but the ground reality in a lot of State level RERA’s is that the remedies do not exist beyond paper.

IBC in the initial stages did not recognize homebuyers as either operational or financial creditors. However, by the promulgation of the Insolvency and Bankruptcy Code (Amendment) Ordinance, 2018 Homebuyers were given priority status by the amendment in the definition of “financial debt” under section 5 (8)(f) of the IBC so as to include:

merely a years’ time the Insolvency and Bankruptcy Code (Second Amendment) Bill, 2019 reverses the progress made towards the empowerment of Homebuyers by the introduction of ceiling thresholds and requirement of a joint application by allottees of real estate projects;

Thus the present amendment does not permit individual homebuyers to initiate insolvency proceedings under section 7 of the code.

However, it is important to note that the Hon’ble Supreme Court in Pioneer Urban Land and Infrastructure Limited and Anr. Vs. Union of India & Ors made the following observations with respect to RERA and IBC;

It is vital for Homebuyers at the present stage to understand the harmonious nature of RERA through section 88 of the RERA Act;

The above 2 provisions of the RERA demonstrate that once a process against a Builder is started in RERA, a homebuyer is not necessarily confined within the scope of RERA alone. Remedies under RERA are remedies in persona i.e. they impose a liability upon the Builders on behest of an individual homebuyer for breach of contract. Thus in the event that the Builder breaches the agreement the homebuyer may seek a refund of the amount paid along with interest under RERA and if the same is granted it would make the homebuyer a decree-holder.

Whether a person having RERA refund order is home-buyer?

Although, homebuyers can no longer file individual applications under section 7 of the IBC, however, a home-buyer having an order of refund in its favor from RERA can approach NCLT against a builder in the capacity of a decree-holder. As per Section 3(10) of the Insolvency & Bankruptcy Code, 2016 a Decree holder is also acknowledged as the creditor of a company/corporate debtor.

Section 3(10) of the IBC defines creditors as;

On approaching RERA for a refund, the Homebuyerasserts two things to finality, firstly there has been a breach of contractual obligation and secondly, the contract stands terminated. If the RERA assents to claims made by the homebuyer, in granting a refund order, the homebuyers cease to be an allottee of the builder and subsequently takes over the character of being a decree-holder of the builder.

Given that Refund Orders under RERA carry an interest component, they, therefore, constitute a financial debt under section 5 of the IBC. Further, a claim, which is prima facie important for filing a petition under IBC, also acknowledges the debt which is being reduced to writing by a judgment.

” (6) “claim” means— (a) a right to payment, whether or not such right is reduced to judgment, fixed, disputed, undisputed, legal, equitable, secured or unsecured;

(b) right to remedy for breach of contract under any law for the time being in force, if such breach gives rise to a right to payment, whether or not such right is reduced to judgment, fixed, matured, unmatured, disputed, undisputed, secured or unsecured;”

To further, commemorate the Hon’ble National Company Law Tribunal, New Delhi in the matter Ashok Tripathi &Anr. Vs. M/s. Ansal Properties & Infrastructure Ltd. (which was handled and argued by Centrik Legalistic LLP), has vided its order dated 17.03.2020 sent M/s. Ansal Properties & Infrastructure Ltd. in Corporate Insolvency Resolution Process holding that a decree obtained by RERA is a proof of debt against the builder, which is being defaulted. By the virtue of being a decree-holder, the homebuyer ceased to be an allottee, as the decree attained finality by terminating the builder buyer agreement between the homebuyer and builder. Therefore, the decree-holder, in this case, was not barred by the second amendment.

Though the IBC 2nd Amendment 2019 has severely limited the rights of Homebuyers from triggering the insolvency process u/s 7 of IBC, it is imperative that Homebuyers consciously educate themselves on the legal rights available to them through all different forms of Indian Law so as to best suit the remedies they seek. For instance, Homebuyers should be cautious of approaching the IBC if the Builder is not financially sound as triggering the insolvency process would result in collective and competitive distribution assets of the builder against all other creditors. In the event all the Homebuyers seeks is the enforcement of the terms of the contract then RERA provides a more homebuyers centric approach while also imposing penalties on defaulting builders. Consumer Forums, on the other hand, have stronger judicial powers to direct builders to cure “deficiency in services” further appeals against the orders of the NCDRC lie with the Supreme Court, providing a greater sense of finality to litigious proceedings.