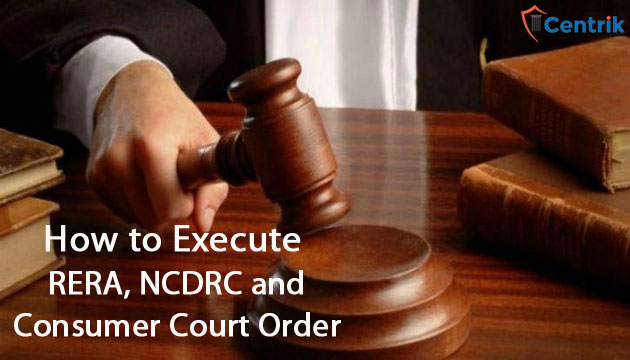 After 2006, where at one side, the real estate sector witnessed drastic development; on the other hand, due to lack of any specific laws, a lot of fraud and irregularities happened.

Then, there was no real estate regulator, which resulted in the generation of serious issues like

Prior to 2016, the only forum was Consumer court where due to high nos. of cases, the adjudication of the case used to take place 2-3 years. Even after the order, the opposite party doesn’t bother about it.

INTRODUCTION OF RERA BUT PARALYZED?

Where RERA authority has been set up in most of the States to regulate real estate project and address the grievance of the homebuyer.

To date, about 25 States, have constituted the RERA authority and start functioning. The different states have passed more than 20000 orders in total. However, most of the orders have not reached to the final outcome. The builder is not much concerned about the orders, while some of them are not responding, others are delaying due to unnecessary issues.

LEGAL REMEDY FOR EXECUTION OF ORDER

As per section 40 of the RERA Act, the RERA authority can issue the Recovery Certificate (RC) if the order is not executed. Such RC is sent to concerned DM or other officials to recover the default under the Land & Revenue Act. Since there is no time limit for such recovery Hence, a few RC gets recovered in fast while maximum RC gets pending for long.

The homebuyers have to understand the fact that the execution of their orders might not be possible under RERA but they can definitely exercise their rights under other laws. Further, as per Hon’ble Supreme Court Judgment, if any RC is not executed in 3 years, it would be time-barred by limitation Act.

Non-execution of any court order or authority order is a default, which would fall u/s 7 of IBC laws. Hon’ble Supreme Court through its latest judgment has clarified the status of homebuyers as the financial creditors under the amended section 5(8)(f) of The Insolvency and Bankruptcy Code. However, the homebuyers can get their orders executed by approaching NCLT under IBC.

Under IBC every creditor has to just prove two essentials before approaching NCLT i.e.

Once the person has received the RERA/NCDRC/consumer court order to pay the amount. They have got the certified debt which is owed to them by the builder/developer and now if the builder does not comply with the same order within the prescribed time period, then the homebuyer can approach NCLT under section 7 of the IBC to commence the Corporate Insolvency Resolution Process (CIRP).

As per Limitation Act and held by many landmark judgment by Hon’ble Supreme Court, if any default can only be filed in the court of law to recover within 3 years from the date of default, then such default shall be barred by Limitation Act and any case for insolvency or recovery may not be entertained. Hence, the persons who are yet to recovery of their money should not wait for unlimited time and should file a case under Insolvency laws or other applicable laws.

Disclaimer – The above article is based on the personal interpretation of the related laws and judicial judgment for the purpose of the general public and such interpretation of laws may differ from person to person. The readers are expected to take expert advice before placing any reliance on it. For any clarification, the author may be reached support@centrik.in or speak to the expert at 83838011629