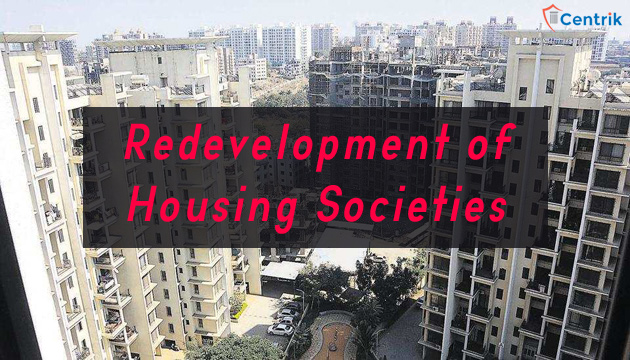 A very welcoming order was passed by the Maharashtra Real Estate Regulatory Authority, wherein the MahaRERA held that a housing society is also a promoter and by the virtue of the same falls under the provisions of the Real Estate (Regulation & Development) Act, 2016. That the order came not only a relief for the home buyers but also as a medium to curtail the unscrupulous actions/activities being carried on under the veil of being a housing society.

Lately, in a complaint put before the MahaRERA by the buyers of project called Horizon, the Cooperative housing society had appointed Jaycee Home Pvt. Ltd. in 2013 to reconstruct their building with stilt and 15 floors and to sell the additional flats. The Developers entered into agreement with the buyers and collected money from them. Due to non-compliance of the development terms the housing society terminated the services of the Developer and further denied the rights of the buyers to get their homes. It was contended by the buyers that since the buyers have executed an agreement their rights cannot be denied and furthermore they have also contributed towards the construction of the project.

When the case was being heard it was argued on behalf of the housing society that a society is not a promoter under the Maharashtra Ownership of Flats Act and none of the purchasers can thus approach for the specific performance of the agreement. The argument was countered by MahaRERA itself, stating that after the enforcement of RERA, the legal position has changed. RERA’s definition of a promoter is comprehensive and clarifies that “redevelopment of the project is covered and that liability of the persons constructing or converting the building into apartments and those who sell to different persons shall be joint.”

Although housing society does not constructs the project like the developer but by the virtue of stepping into the shoes of the promoter by hiring the services of the developer and further taking into custody the money of the buyers, will be considered under the definition of a promoter.

Thus, now that the Housing Societies are also brought under the authority of RERA, immediate relief can be sure shot guaranteed, since the Complaints herein are dealt in an expeditious manner with instant relief to the innocent buyers.