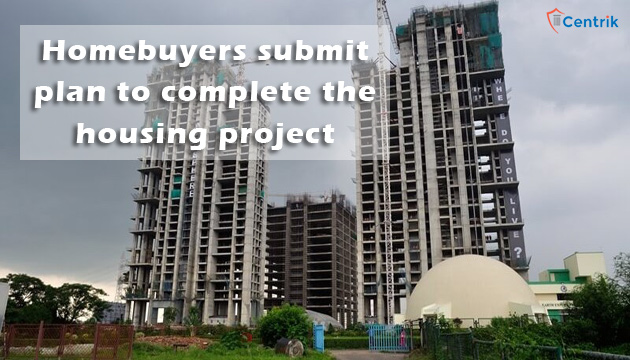 The UPRERA bench is aware of the issue being faced by the homebuyers and is trying its best to expedite the process to redress the grievances of the homebuyers. Though, if we go through the present scenario of Real Estate Regulatory in UP, it depicts that there are numerous complaints have been filed relating to around 722 projects in the UP since, the enactment of the Act.

Lately, the Greater Noida Real Estate Regulatory Authority asked around 700 homebuyers of Subhkamna Tech Home to come up with a viable financial plan to complete the housing project in Sector 137. As per the facts the project was to be completed till 2014. Further, Mr. Balwinder Singh, a member of UP RERA said that “Once we get the plan, we will forward it to the financial consultants of Noida Authority, Currie & Browne, to weigh it. Once the agency gives a nod, we will allow the buyers to complete the project by themselves. If this is executed, this will be the first-of-its-kind project to be completed by buyers” Further, it also said that the builder owes about 80 crores to the Noida Authority which also needs to be considered during the resolution.

On another hand, it is submitted on behalf of the homebuyers despite payment of more than 90% of the cost of the flats by the buyers, the possession of the flats is still undelivered. Therefore, we have formed a team to find out the viability of our proposal. If we can pool funds together and engage an external contractor, we can complete the project within six months since the 80% project is already completed. They also submitted that there is no one at Subhkamna Buildtech to take ownership of this project at present, and they do not have any other option except to complete it by themselves. According to the buyers, the builder has misappropriated the financial statements and they have no faith in the possibility of a refund.

Thus, in the context to the above, the Greater Noida RERA Authority has asked to submit a viable plan to complete the project by pooling your own resources. It can also be inferred from this advice of the Hon’ble authority, the homebuyers would get justice since the buyer who left with unpaid amount can make to the pool of fund and same can be invested in the completion of the project.