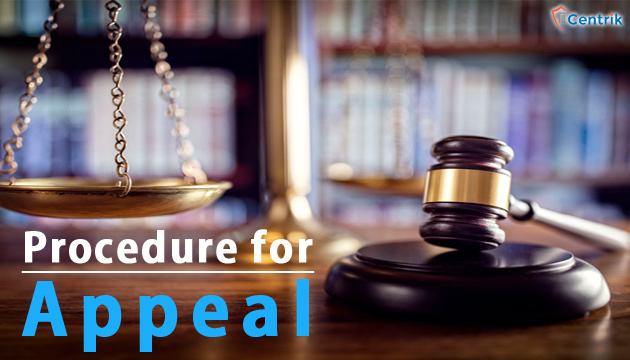 Right to be heard is the most vital principle of natural justice. The right to appeal rises from this fundamental principle of natural justice wherein anybody who feels that the court of justice has unheard him or her can approach a higher court. Section-44 of the Real Estate Regulation and Development Act, 2016 lays down the detail procedure for filling of an appeal in case of any dissatisfaction at the first court of instance i.e. Real Estate Regulatory Authority. The section under clause 1 very categorically lays down “The appropriate government or the competent authority or any aggrieved person by any direction or order or decision of the authority or the adjudicating officer ay prefer an appeal to the appellate tribunal” . This is no hidden fact that the law is at nascent stage and therefore a lot of dilemma exists among aggrieved homebuyers as to procedure and filling.

The Haryana Real Estate Regulation and Development Rules, 2017 under Rule 22 lays down a detailed procedure in furtherance of Section-44 as to in what format and manner the appeal needs to be filed.  The appeal has to be filed in form of “AAT” which is listed at the end of rules and is sacrosanct for filing the appeal.  Rule- 22 further also lays down as to what documents need to be attached in order to sustain the appeal before the Tribunal.  Further, there is a sanctioned fee of Rs. 1000 for filing the appeal.  The most vital thing while filling an appeal is the time limitation which as per Section-44(2) has to be within 60 days.

This only list outs a basic Skeleton of procedure for filing an appeal. The right to appeal is a statutory right and should only be exercised with diligence and care. The right is twofold and is for creation of balance between the parties and their right to justice.