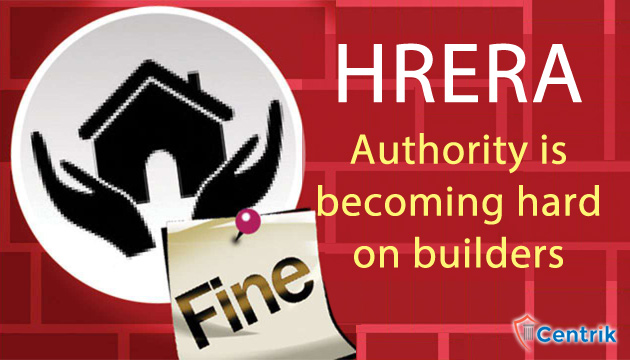 Haryana Real Estate Regulatory, Gurugram (HARERA) seems to be on a mission and they are not in a mood to give any scope to the builders where they even try to escape. The authority is implementing the provisions of RERA regarding RERA registration, RERA compliances and delivery of units.

In its recent action, HRERA in its exemplify acts wherein they have imposed havoc penalties on the builders who took the RERA provisions lightly. Here, are the few examples:

All the above-mentioned events are evidently showing the intent of HRERA Authority; they are not going to spare builders who think they can take the provisions of RERA for granted.

Based on the above incidences, it is advised to the promoters not to take any leniency in compliance of provision of RERA and RERA Rules.