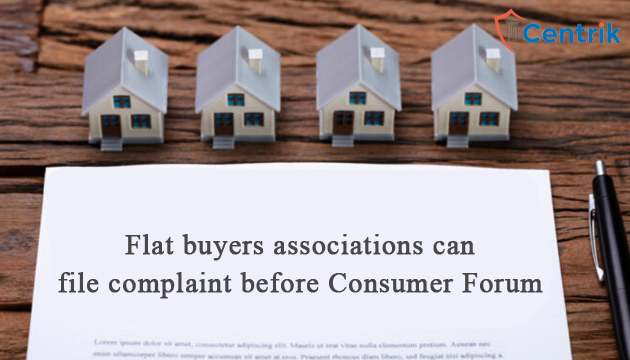 Various Flat Buyers Associations have been suffering because of malpractices of the builders due to deficiency in construction services and it has also been seen in various projects, that the builder wrongly occupies space in the projects even after the handover of the projects. Deciding a case on this issue, the Supreme Court has recorded various observations:

“In   view   of   the   fact   that   the   possession   of   the   commonamenities   were   handed   over   by   the   opposite   party   to   the complainant   Association   18   years   ago (under   the   Agreement dated 15.11.2003), it may not be possible at this distance of time to compel the opposite party to make those facilities/systems at relief clauses 2, 3, 4, 5 and 6, fully operational now.  The cost of estimate   which   works   out   to   approximately   Rs.1.16   crores, includes within itself the cost of fire frightening equipment and this constitutes the major component (it works out to Rs. 83 lakhs). As seen from the Commissioner’s Report, the mistake committedby the opposite party was in removing a part of the equipmentbut not putting them back.  This finding is as per the fire safetycertificate.   Therefore,  it   may   not   be   appropriate   to   ask   the opposite party to bear the entire burden.”

The Hon’ble Supreme Court has reiterated and upheld that legal position of the Flat Buyers Association as consumer and has also made it clear that the builder cannot occupy any place, without the permission of the association, after the project is handed over.