Extension of limitation period for application under IBC 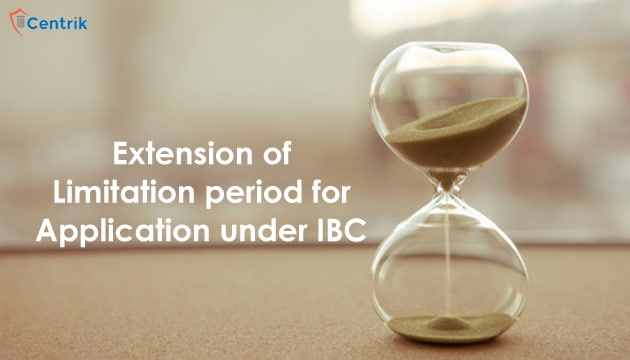 As per basic principle, An insolvency application under Insolvency and Bankruptcy Code, 2016 (IBC) can be filed before NCLT only if the two under following essentials are fulfilled:-

Once the above-mentioned two essentials are established and the amount of default exceeds the threshold limit, then any creditor (financial or operational) can approach National Company Law Tribunal (NCLT) under IBC.

Even if the debt accrues and default occurs, the creditor does not get entitled to file the petition under IBC. Only those defaults which are not barred under limitation act can be filed under IBC.

The right to sue accrues when the default has occurred and the default should have occurred not beyond the timeline of 3 years or other as mentioned in the Limitation Act, from the filing of the application. The same has been held by Hon’ble Supreme Court in B.K. Educational Services vs. Parag Gupta & Associates.

Before approaching the NCLT, every creditor had to look whether the default falls under the limitation time or not, but there are some exception to it.

Applicability of limitation act does not bar each and every debt and default which occurred prior to the filing of an application under IBC. The limitation period get renewed at multiple occasions.

The same law has been held by NCLT, Mumbai In TJSB Sahakari Bank Ltd. (applicant bank) vs. Unimetal Castings, Ltd. (Corporate debtor) wherein the amount due to the applicant was reflected as long term loan in the balance sheet of the corporate debtor. As per the NCLT, the entry reflecting the amount owed to the applicant as long term loan extended the limitation period applicable. Therefore, the time period of limitation shall be counted from the day of admission of debt.